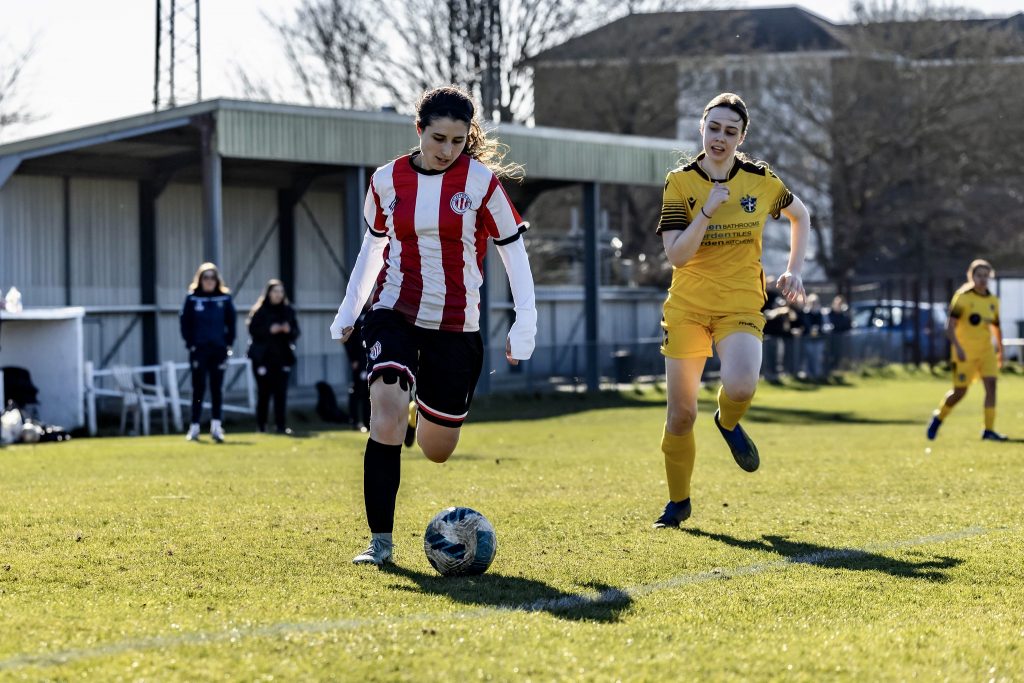 The Clapton CFC women’s first team have proved to be giant-killing specialists this season but we’ll need to be on top of our game again here.

After beating Sutton United U23s away on penalties in the last round, our reward is a home tie against their high-flying first team.

Sutton United are the highest-placed team in the Capital Women’s Cup, sat in second place in the division above us but with five games in hand.

They’re the promotion favourites, the meanest defence and the highest scorers in the division above. Olivia Watson on 19 goals is the division’s leading scorer with Mika Keen not far behind on 12.

Sutton United Women formed in 2016 but have quickly risen up the levels and also now have U23s and U21s teams in the women’s football pyramid.

The Capital Women’s Cup is a prestigious competition for teams at our level and one higher across the counties in and around Greater London.

Prior to the U23s victory, we beat Regents Park Rangers after a walkover win over Whyteleafe Development.

Sutton United in turn have beaten AFC Acorns, Abbey Rangers and AFC Wimbledon U23s and were given a walkover win over Enfield Development,

In the other semi-final, Islington Borough, top of our league, play Dorking Wanderers, third in the division above.

We’ll go straight to penalties if the scores are level at 90 minutes.

Clapton CFC vs Sutton United is on Sunday, March 20 2022 at 2pm at the Stray Dog, Wadham Lodge, Kitchener Road, Walthamstow.