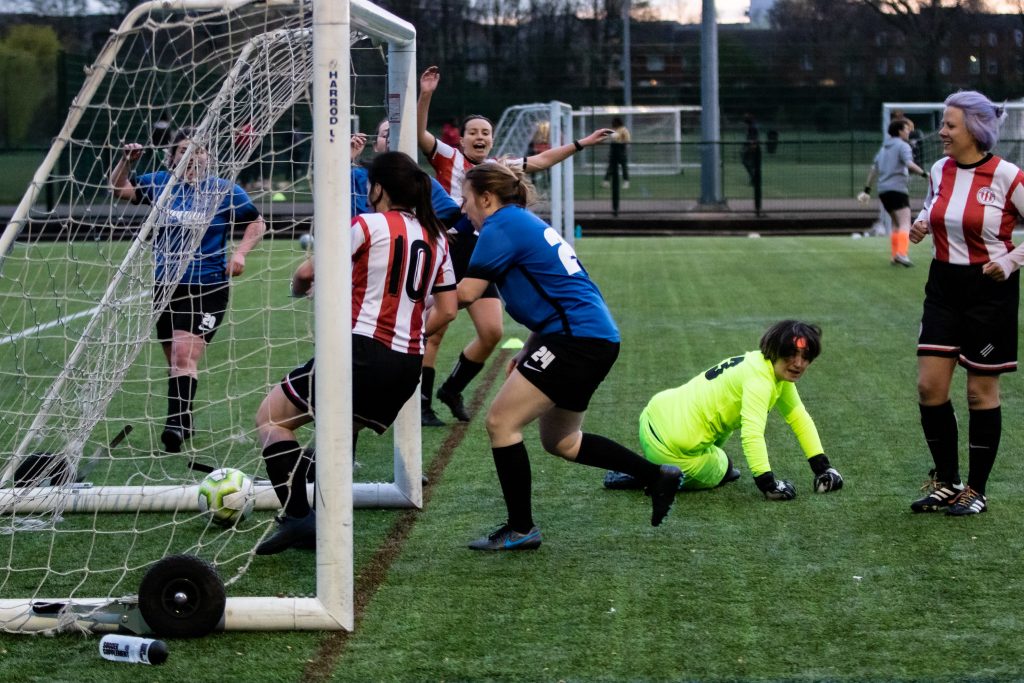 Clapton CFC Flexi team ran out winners of a five-goal thriller, but at the end of the game the Clapton coach Ellie went to congratulate the Coats and Goalpost’s goalkeeper on a brilliant performance that kept her team in the game but ultimately could not prevent the Tons from taking all 3 points.

It was C&G FC who took the lead after Lauren was adjudged to have handled in the area, the penalty almost saved by Ally.

Clapton came back strongly with waves of attack only to find the opposing goalkeeper equal to everything with acrobatic saves and command of her defence.

The equaliser came from Rhianne running through on the break and finding a way to finally beat the keeper.

Into the second half Tons’ attacks were thwarted again but also reassured with a strong defensive performance from Ally in goal and Lauren sweeping up in front of her.

Rhianne scored her second and looked to have won the points but Coats & Goalposts equalised with a great strike from range.

Undaunted CCFC forced a succession of corners and Sinead bundled the ball over the line amongst a melee of defenders to give Clapton a few minutes to hold on to the victory and maintain their challenge for the League title.