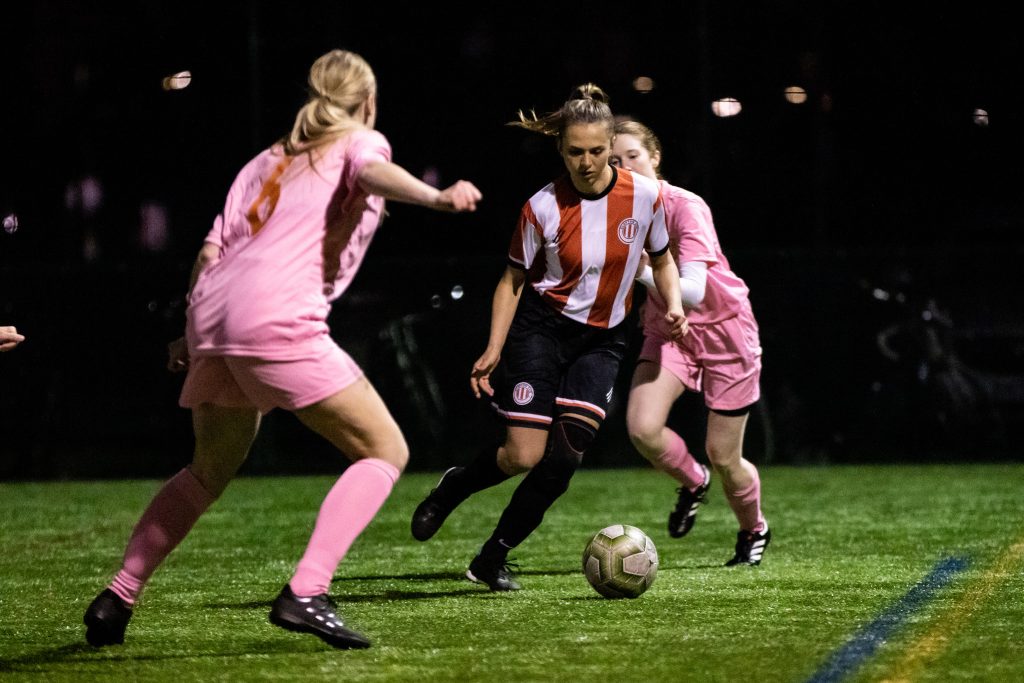 The disappointments of the previous two games were forgotten on Tuesday night when Clapton CFC 5s Beginners added composure to their ever growing list of qualities to record an ultimately comfortable victory over title chasing Legends FC.

Legends looked good from the kick-off and tested the Tons’ defence but the ‘keeper made some sharp saves and it was Clapton who struck first with Billie sweeping down the right to slot home.

Legends kept pressing and within the space of a couple of minutes turned the game around with two quick goals to go into the break 2-1 up.

Clapton kept their composure and returned onto the offensive immediately with Ria lobbing onto the bar before Billie equalised with an assured finish into the bottom corner. Gaining confidence the Tons took the lead with Hannah scoring before Ria finished strongly to put CCFC 4-2 up with 10 minutes to go.

There was to be no repeat of previous last minute set-backs as the Tons’ game management consisted of continued attacks which came very close to adding to their lead.

The final whistle led to much celebration as finally Clapton’s beginners had converted their good recent performances into points.