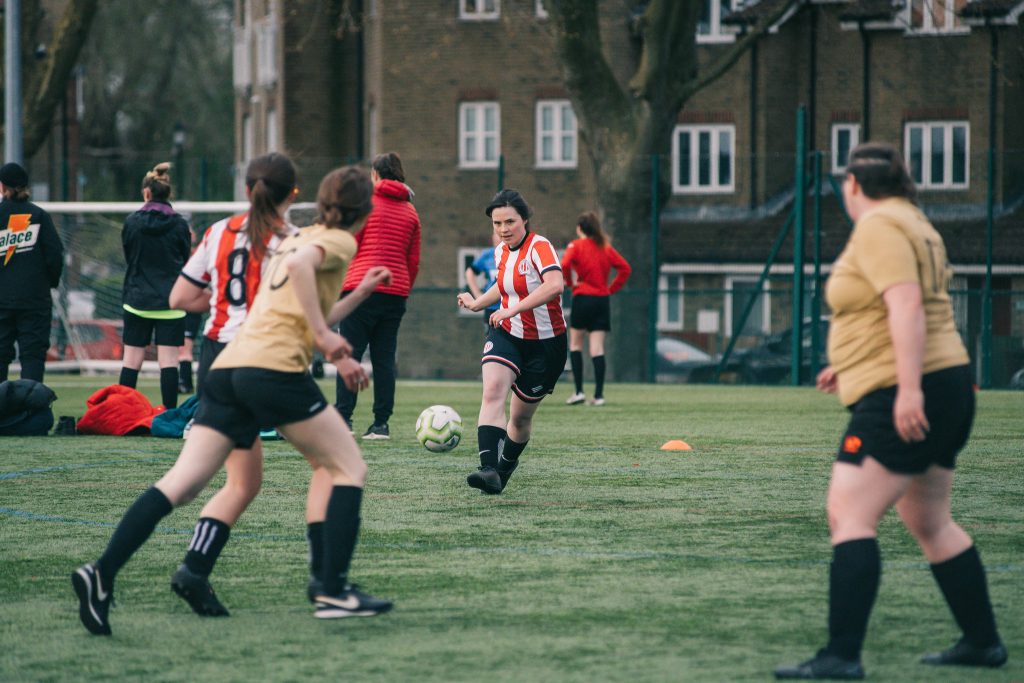 Clapton CFC Flexi 5s continued their run at the top of the table with a hard fought 1-1 draw against a determined Goaldiggers side.

Both teams started brightly and forced saves either end with Rihanne and Sinéad going close within the first ten minutes.

A resolute GDFC keeper kept the score deadlocked until a bursting run from Rihanne down the right wing, slicing through the GDFC defence, resulted in a neat goal into the top left corner.

There were more attacks mounted at either end of the pitch but some determined defensive play by Maylea on the left wing and Allana at centre back kept the score at 1-0 going into halftime.

The previous two fixtures against Goaldiggers have resulted in a draw, notably with the reverse earlier in the season ending 2-2 after the Tons came back from 2-0 down, and tonight was no exception.

An unstoppable shot from the GDFC forward just after halftime levelled the score, and it took some outstanding saves from Tons keeper Ally to keep parity after an onslaught from GDFC late into the second half – they were out to beat the best team in the league.

In the final moments of the match, substitute Lauren fired a fizzing shot goalwards that would have proved a sensational last ditch winner but the ball went just wide of the near post.

But for some outstanding performances from both keepers this could have been a goalfest, in the end it was a fair score for two great teams.