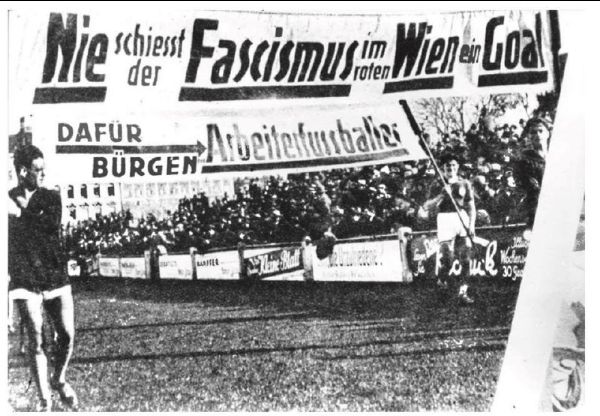 “Fascism will never score a goal in Vienna. Worker footballers vouch for it.” – Banner at the 1931 Workers’ Olympics in Vienna

Straight off the back of the first Alerta Cup, and inspired by our comrades from Borussia Leer, we would like to launch a friendly anti-fascist weekend FIFA league.

The initial plan is that this will take place on FIFA21 on PS4. While it will be a competition, it is also intended to function just as much as a way to hang out, socialise, and develop webs of friendship and solidarity.

The aim will be for it to be welcoming and accessible to players of all skill levels and abilities rather than just expert players.

If you would be interested in taking part, please send a message to Stevphen here.