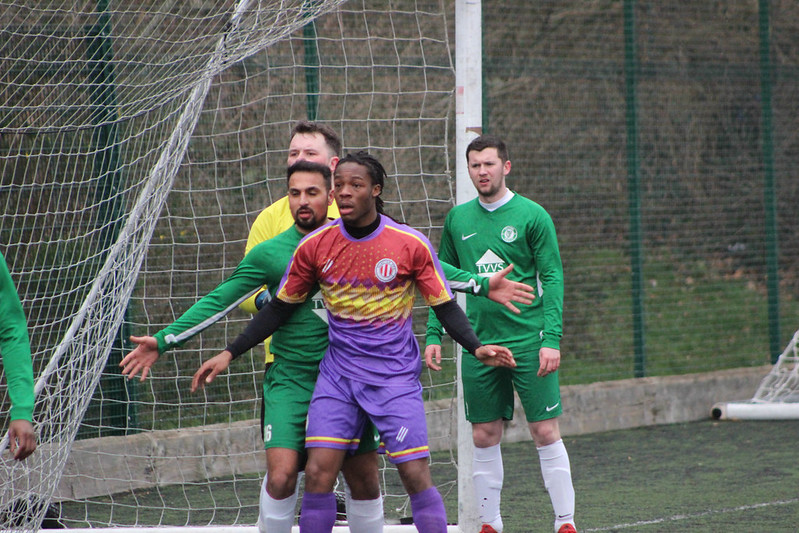 The shock news was announced on Friday, just days after the Clapton CFC men’s team beat them 3-1 in what was an eventful last ever match.

As the team had not played 75% of their games, the Football Association rules state that all their results are expunged.

That means our win against them is null and void. Other teams at the top are less badly affected. Promotion favourites Hilltop had lost 4-3 while London Samurai Rovers and leaders Brentham, had also dropped points against Yeading.

Yeading Town formed in 2013 and joined the Middlesex County Football League’s Sunday section, starting in Division 3 and working their way up.

They switched to Saturday football last season and finished second in the MCFL Division One West, a point behind champions Hilltop.

They were initially denied promotion but ended up successfully appealing to the FA and being added to the MCFL Premier.

This season they’ve been a decent mid-table outfit winning five, drawing six and losing six but had apparently struggled with player commitment recently.

The main reason we folded was due to lack of commitment from players. We started the season with 25 or so players but it’s difficult trying to keep a squad committed.

It wasn’t an easy decision to make as it’s something I look forward to every week, but sometimes enough is enough. The league couldn’t have offered us any more support.

They are the second team to pull out of the division during the season following Lampton Park’s exit for similar reasons.