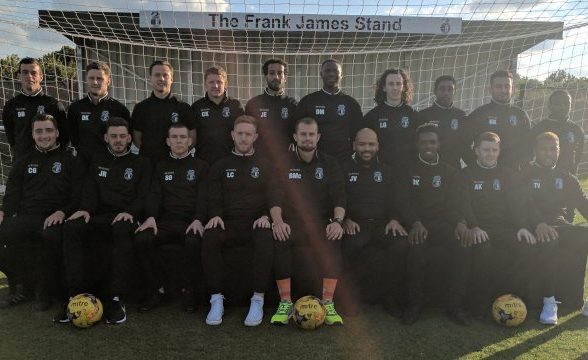 The Tons men’s team play only their second Saturday home league game of the season against CB Hounslow United Reserves on October 26th.

Our visitors, known as The Dragons, have 32 teams starting at Under 6 level right through to their first team who play in the Combined Counties Football League Division 1.

They also reach out to the wider community with netball, basketball, archery, cycling and running clubs all using their site at their newly-built ground, Green Lane.

Their first team joined the Middlesex County Football League in 1994 and progressed through the divisions and beyond to reach the Combined Counties League Premier, Step Five on the football pyramid.

Meanwhile their reserve team has been in MCFL for 20 years too and in the Premier Division since 2014.

Having lost several of their players – the usual fate for a successful reserve side – this season has been tougher.

The club currently are just below CCFC on goal difference with two wins so far came against PFC Victoria and Lampton Park.

And the CB? That stands for Cater Bank, a company owned by their former chairman’s dad. It’s stuck ever since.

Two wins on the bounce and confidence in the camp is high.

As we are unbeaten at home I think we need to continue that run considering how many away games we have had already.

The league is still relatively tight so if we can put a run together, then we should comfortably climb into the top half and close the gap on the top teams.