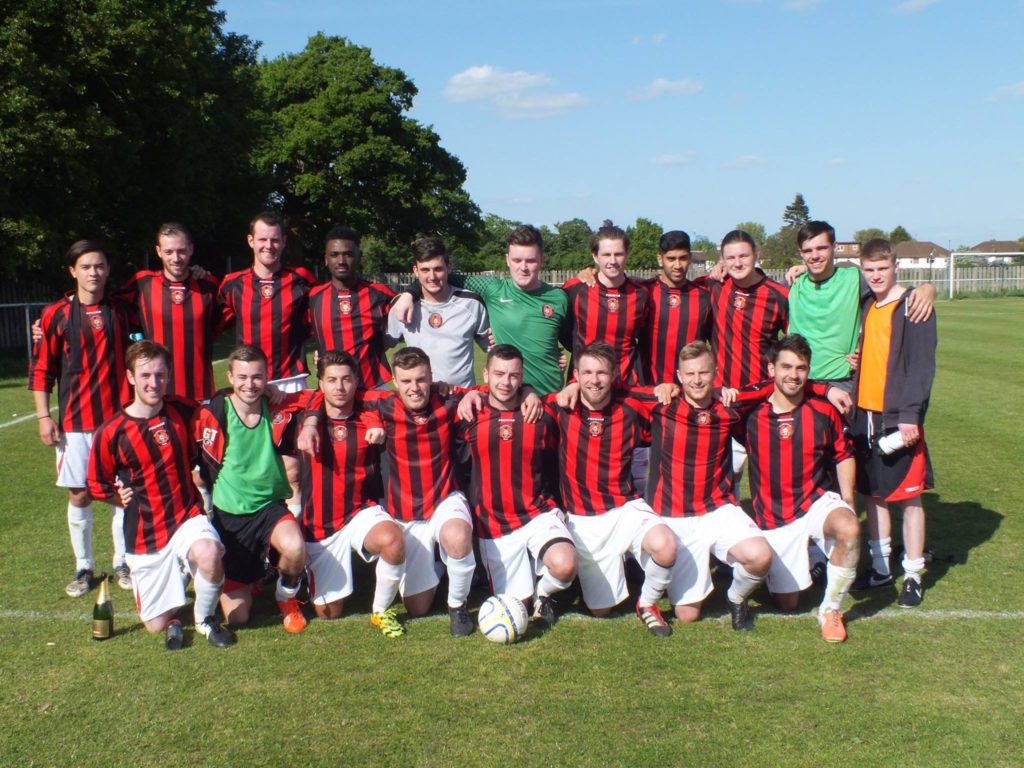 CCFC’s men’s team take on Hillingdon FC away in the second round of the Alec Smith Premier Cup.

The Tons’ opposition were founded in 1989 as Hillingdon Irish Saints FC and have 14 teams in total at a variety of age groups and levels.

Hillingdon won the Middlesex County Football League Premier in 2014/15, but were not promoted. Last season they came in a middling eighth.

But they have started out this season as the real form team, winning their first three league games and their FA Vase tie too.

They have beaten NW London 4-1, Hilltop 2-1 and Indian Gymkhana Club 4-2. Midfielder Mark Smith, who has netted in each of those games, is surely a man to watch.

That was followed by a thumping 5-1 win over Rayners Lane in the Vase, with Francesco Altomare scoring a hat-trick taking him to five for the season so far.

The Alec Smith is the league cup for teams in Clapton’s league, the MCFL Premier. Both teams were given a bye for the first round.

Last season the cup was won by St Panteleimon, who also won the division. They clinched the cup with a final win over Cricklewood Wanderers on spotkicks. Hillingdon themselves won it in 2016, beating West Essex, also on penalties.

Can Geoff Ocran’s side follow up last year’s cup heroics with another final appearance? They are only three wins away…

Gary Thornborough, manager of Hillingdon FC, told us more about their start so far:

It couldn’t have gone any better. Four wins from four and the squad is in great spirits.

The vast majority of them have been together for some time now, with quite a few of the title-winning team of 2015 still around.

When it comes to this term’s ambitions, we’d like to improve on last year’s eighth, as we feel that didn’t really tell the story of our season.

We’d love a cup run too, obviously. After reaching the semis of the County Cup last season it would be great to improve. It’s also our first season in the FA Vase, so we’d love to show ourselves in a good light.

As for Clapton, our lads are really looking forward to playing in front of big crowds for this level.

Our ground is a bit different as it’s an athletics track with no stands, but the pitch is as good as you’ll see all season.

It’s probably the furthest journey your fans will have with no Tube that close (Uxbridge is the nearest but a bus ride away) and no facilities for refreshments, but you are all very welcome.

See you on September 7th and good luck for the season.

Hillingdon play their home games at Brunel University in Uxbridge.

Admission is free, but they are accepting donations towards their youth setup.

Hillingdon FC vs Clapton CFC is on Saturday, September 7th at 3pm, at the Brunel University Sports Complex, 100 Kingston Ln, Uxbridge UB8 3PW. You can join the Facebook event here.