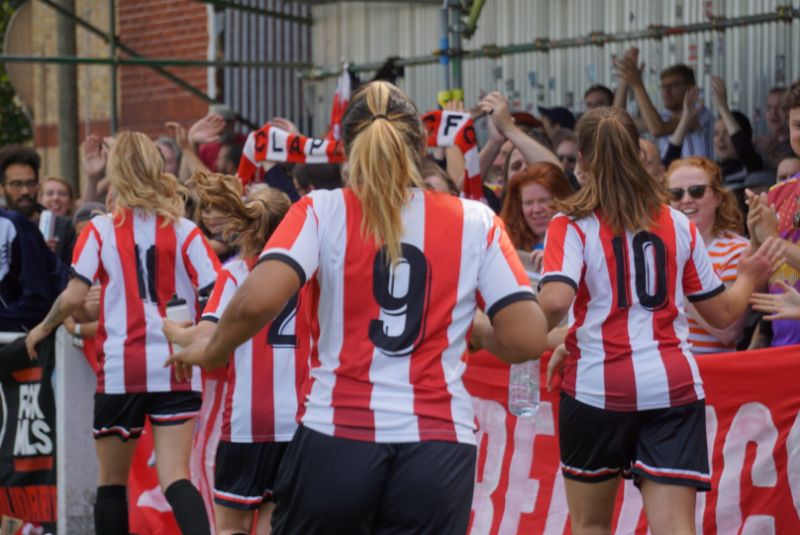 The CCFC women’s team begin their journey in the Division One of the Greater London Women’s Football League following promotion last season, under the name AFC Stoke Newington.

It will be the second competitive game following the 6-3 win over Margate Ladies last Sunday at the Stray Dog in front of a crowd of 310.

First league opponents will be Luton Town Reserves, The club were founded in 1997, running independently for 3 years before officially partnering with Luton Town FC, one of England’s oldest clubs, in 2000.

Luton Town Reserves play at Stockwood Park Athletic Centre just outside Luton. They train and play alongside the women’s first team, who compete in the second tier of the women’s football pyramid.

Luton Town Reserves team were in Division One last year, finishing mid-table. Therefore, it should make a tough but good first game for CCFC women’s and we look forward to the challenge.

Luton finished 7th in our new league last year, although we do not know how many players moved up to their first team.

The Luton game precedes tough away matches in a row against Regents Park Rangers and Dulwich Hamlet Reserves, so it’s crucial we start well at home.