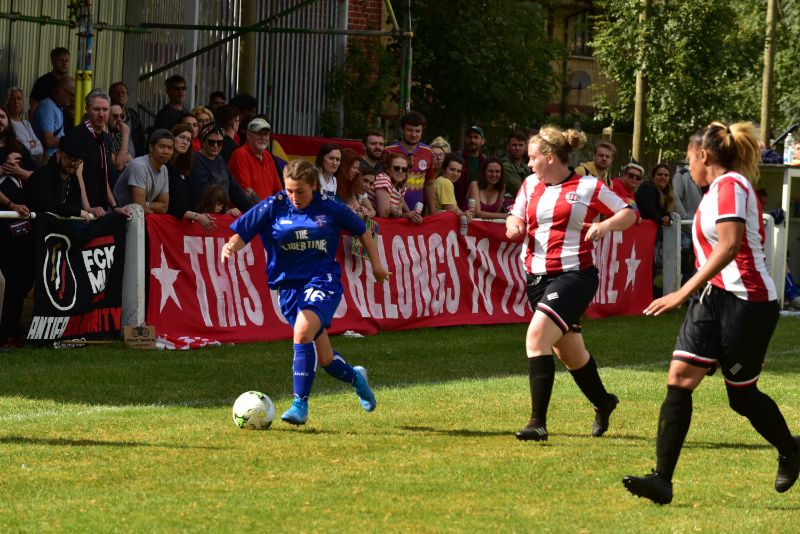 Clapton CFC women’s team’s reward for defeating Margate FC is a home game against Oakwood in the FA Cup first qualifying round.

The Tons won 6-3 at the Stray Dog in front of 310 in their first ever game in the competition – and the first competitive game for the newly-renamed team.

Meanwhile Oakwood, based in Crawley, thumped AFC Littlehampton in front of another good crowd of 200 plus.

Our visitors play in the South East Counties Women’s League Division One West – the same level as Clapton CFC and indeed Margate.

The game will take place at the Stray Dog in Walthamstow on Sunday, September 22nd at 2pm.

That means our league game away at Islington Borough originally scheduled for that day is postponed,.