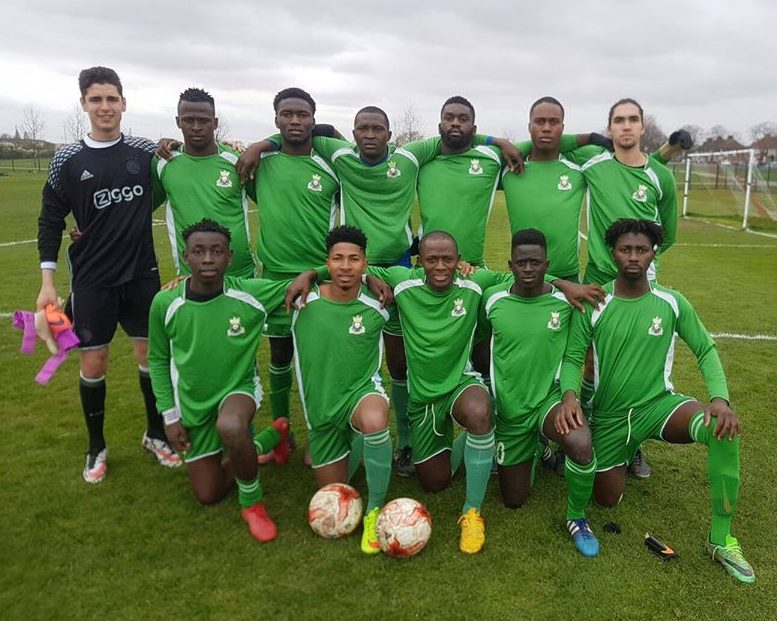 After a strong showing for the trialists in the first game last week against Wanderers FC, the Clapton CFC men’s team continue their pre-season preparation with a trip to Hackney.

Our opponents Lopes Tavares, nicknamed “The Kings”, play in Division One South of the Eastern Counties League, which is one level above Clapton CFC.

The club began as a youth team in 2015 before moving into senior football. After finishing eighth and then fiffh in the Essex Alliance, at Step 8, they successfully applied for a two-division promotion.

In doing so, they moved their home from Memorial Park in West Ham to the Terence McMillan Stadium in Plaistow, a stone’s throw from our much-loved Old Spotted Dog. However, this friendly takes place at Mabley Green.

Lopes Tavares understandably found it tough last year having been moved up the football pyramid, and finished 16th with 6 wins to their name.

Clapton CFC made it back to back wins last Saturday against the five times FA cup winners Wanderers in two pre-season friendly clashes.

Our encounter was a good opportunity to get a first glimpse of some of the players trying to break through into the first team this season.

The squad, including some faces who may well be familiar to Tons fans, pulled back a two goal deficit at the death to win the game 3-2.

For this week’s match more of the league and cup winning heroes of last season will feature. Above all, it’s a good opportunity to test themselves against a higher league opposition and get the legs moving again after a well-earned break.

It was nice to start pre-season off with a win and there were definitely more positives than negatives.

First half I don’t think we used the ball well enough and we lacked a bit of confidence which is natural as that was the first time they played together.

Second half we pushed them back and were well worth the win in the end although we traditionally we left it late.

Lopes Tavares will be a different and harder test so we will be going with a stronger team and more familiar faces. Fitness is still the main objective with also potentially the chance to experiment with a few players and formations.

The game is an early kick off at 12pm, so there’s still a whole afternoon in the sunshine to enjoy after the final whistle.