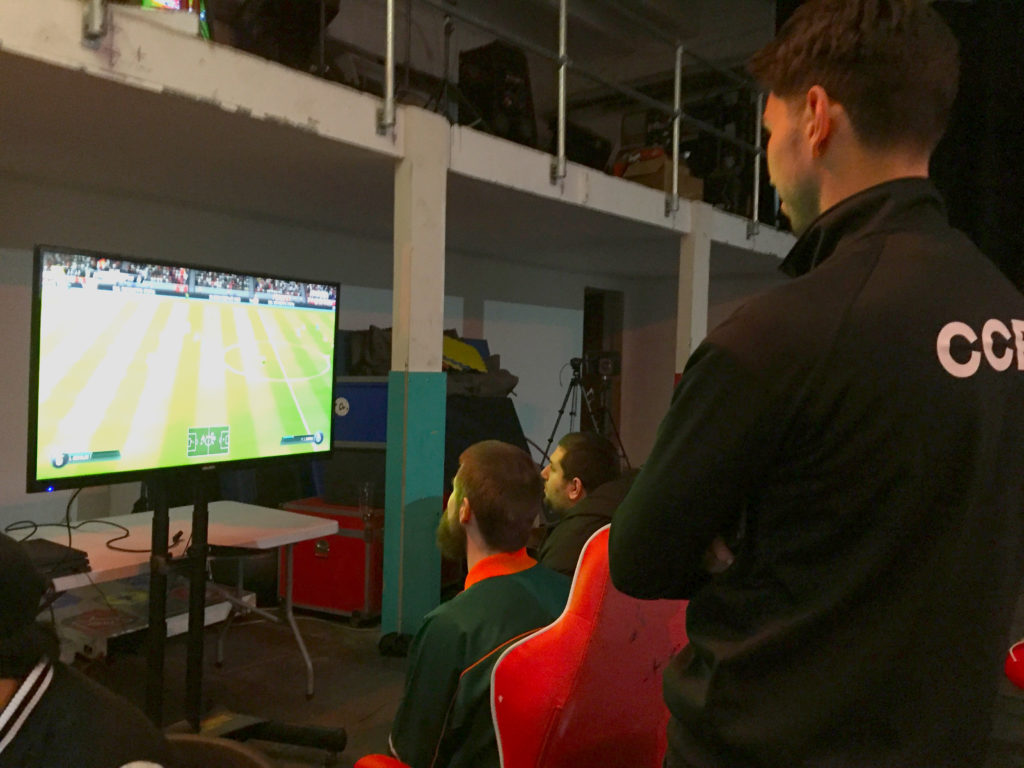 The world of video-games can be incredibly toxic at times. Racism, sexism and homophobia are rife while playing online games and in a large number of online communities around gaming.

An online campaign in 2014 – spearheaded by white men – pushed games publishers to reject calls for greater representation for women and people of colour in their games.

The campaign, which came to be known as Gamergate, began with the harassment of game developer Zoe Quinn. It quickly expanded to become a campaign against diversity in video games.

Gamergate was a prime example of how the dominant social and political culture of video games actively excludes women, non-binary individuals and people of colour from enjoying and taking part in the communities surrounding them.

We at Clapton Community Football Club want to change that with a safe space for people of all ages, genders, ethnicities and sexualities to enjoy video games, away from the toxicity of online message boards and abusive in-game chat.

As a result, CCFC put on its first-ever gaming social on April 11 at ExFed in Seven Sisters. About 30 Clapton members, players and coaches came along to hang out and play some games in a space filled with friendly faces.

My son & I had such a great time at the @ClaptonCFC esports social last night. Who knew hanging out in a warehouse getting battered at Tetris could be so much fun! My boy has already asked when is the next one 🎮 #WeAreTheClapton #BeautifulGame15 pic.twitter.com/7ay74nkohe

The @ClaptonCFC eSports / gaming social is underway!
I dropped by for a quick game of Virtua Tennis.
(Virtua Tennis! How good is that?!) pic.twitter.com/32DLoTUDIc

Entry was free, and so were the games! Members, fans and friends of Clapton enjoyed an array of entertainment including a Tetris tournament, old school Pro Evolution Soccer, FIFA 19, virtual-reality games and arcade machines.

The space was shared with the East London fighting games community, who hold their own socials at the venue

We were joined by Game Workers Unite – a UK-based union created in December 2018 that’s dedicated to helping workers in the video-gaming industry – and London Antifascists.

The socials are being organised with the hope of developing a Clapton esports team that would begin by competing in Fifa tournaments.

If you’re interesting in helping out with the running of socials, or in representing Clapton in the digital space, drop us a line!