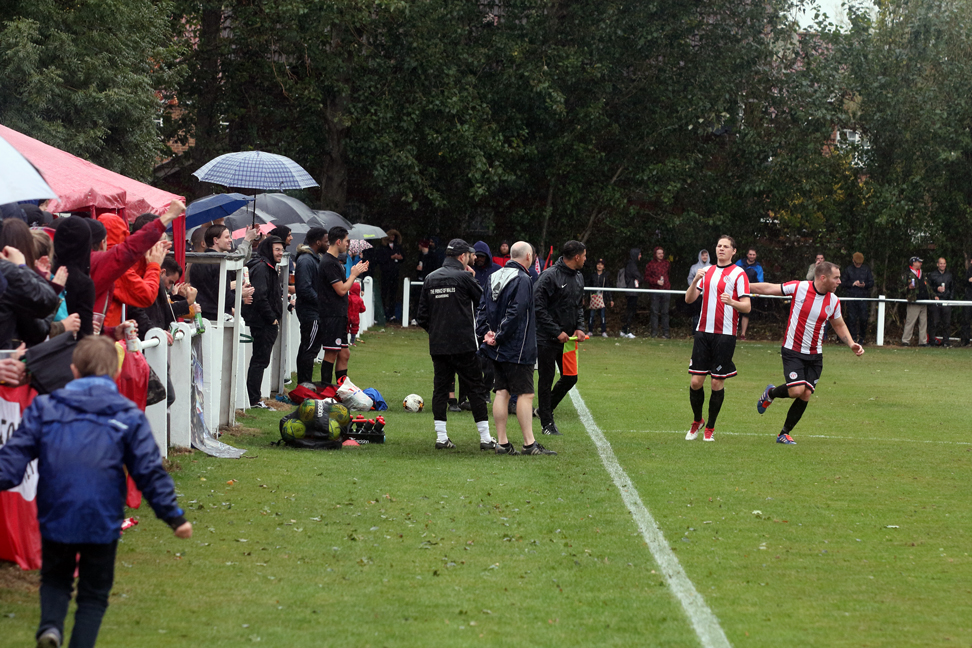 However, don’t fret, there are still two more cup competitions for Geoff Ocran’s side to go for silverware – and it starts in Wembley on Saturday.

Our opponents, South Kilburn Reserves, are in the Middlesex County Football League Division One West – the same level as us. So far this season, like the Tons they’ve won one and lost one. So on paper at least there is nothing to split the two teams.

The South Kilburn first team are in the MCFL Premier. Formed in 2005, the club joined the league in 2005/6 and enjoyed a meteoric rise with two quick promotions first from MCFL Division One West, then the MCFL Premier, to reach the Hellenic League. They also reached the final of the London Junior Cup along the way.

The South, as they are nicknamed, spent half a dozen seasons in the Hellenic League and the neighbouring Combined Counties League, both at Step 6 level, before resigning for reasons we are unclear and rejoining the MCFL.

During their spell in the Combined Counties, they set their attendance record when 102 people turned up in October 2011 to see them take on Guernsey. Could that record be broken by their reserve side this Saturday when Clapton CFC come to town?

The Jim Rogers President’s Cup is competed for by clubs in MCFL1 West and MCFL1 Central & East. Last year’s final saw 109 people turn up to Uxbridge FC’s ground to see Fire United Christian’s victory, capping an excellent season for the Plaistow-based club which also saw them being promoted two rungs up the football pyramid to the Eastern Senior League Division One South.

“It’s another cup game but more importantly a chance to get back to winning ways. An extra five minutes against Hutton last Saturday and I’m sure we would have taken the game to penalties!

We will look to take our second half performance into the South Kilburn game and start with more intensity than we have been doing recently.

We do have a few injuries piling up at the moment but it gives an opportunity to those who haven’t had a chance to play yet.

We possess a strong squad so it’s their chance to put pressure on those who are out injured when they return for a spot in the squad.

Hopefully this will result in us leaving Wembley with the win!”

South Kilburn Reserves vs Clapton CFC is on Saturday, September 29 at 2.30pm at Northwick Park in Wembley. Admission is free. Join the Facebook event here.