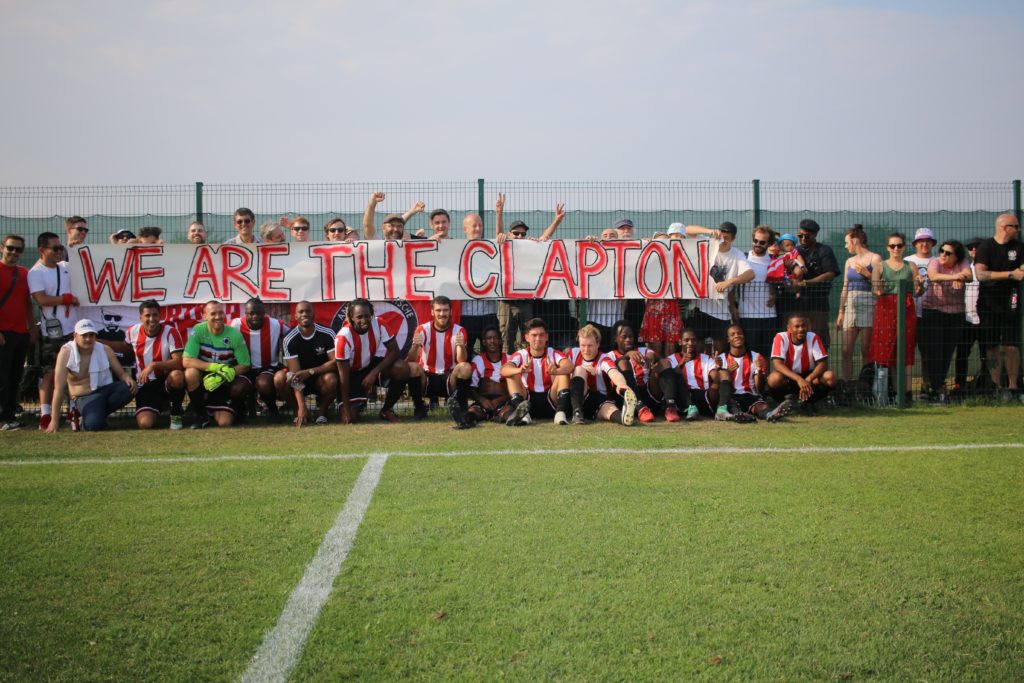 Just to clarify some important information about this Saturday’s game vs London Samurai Rovers. This was arranged as a practice friendly against a team from our league because we still don’t know what to expect ahead of our first season. It’s an early kick-off on a 3G pitch, not at the Stray Dog, and there’s really no space for spectators, unfortunately.

Given the success of last weekend’s brilliant game with 232 fans turning up for the 5-2 friendly win over Wanderers, and the unprecedented interest in the club this week with over 5,000 replica kits being pre-ordered, we are concerned some people may turn up expecting a full Clapton CFC match experience. However, it’s just a training game.

Although we have to remind fans to give this one a miss, it’s not long till our competitive season begins – finally. Our first Middlesex Counties Div 1 league game is away at Ealing Town FC on 15th September.

We expect the first competitive home game to be particularly well attended – in the BBC Essex Premier Cup against Hutton FC on 22nd September.

Player-manager Geoff Ocran said: “Saturday is a chance for the squad to check out some competition in the Middlesex County League Div 1 and prep for the league. We can’t wait to start the season.”

So we look forward to seeing you at either of those games. We’ll have more information on both soon.