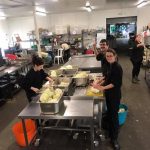 Clapton CFC midfielder Esther Routledge reports from her visit to volunteer, meet, and dance with the refugees of northern France at Christmas… 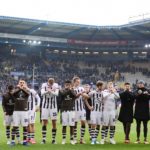 At the cup game against Letchworth Garden City, the International Committee of Clapton CFC distributed a leaflet highlighting an attack on St Pauli supporters travelling to an away game by the North Rhine-Westphalia state police. The leaflet was a translation of a press statement released by Braunweisshilfe – a campaigning solidarity project run by fans […]