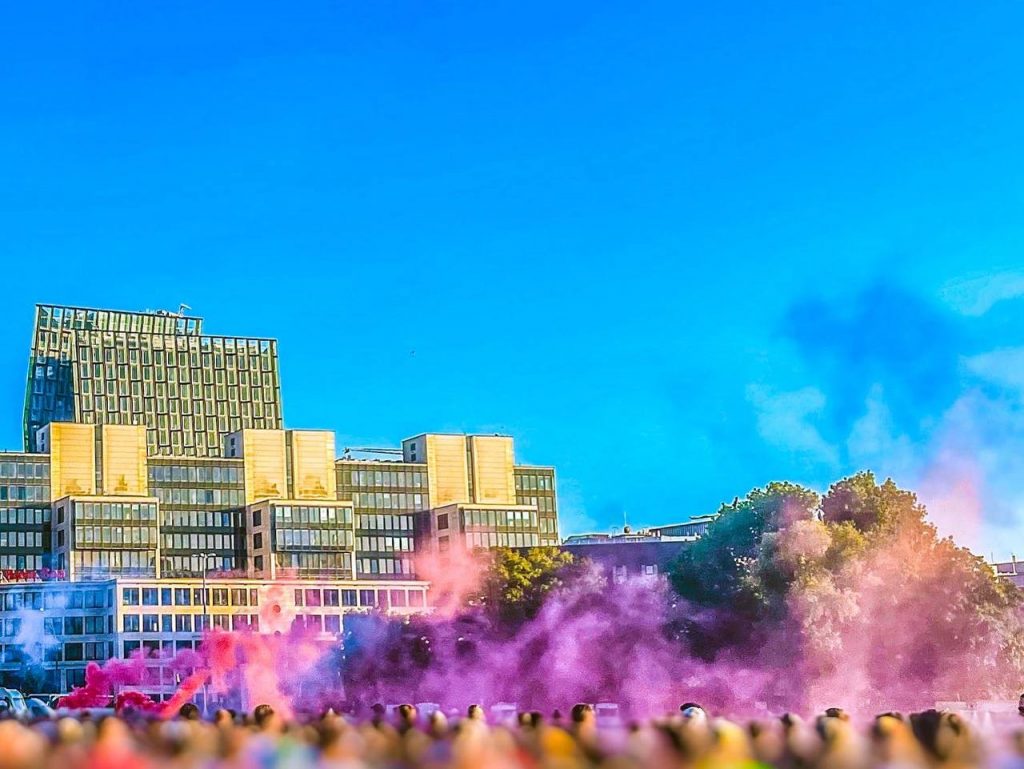 Over the June bank holiday weekend, a group of Clapton CFC fans travelled to Hamburg, to take part in the 11th Annual Anti-racist Football Tournament hosted by the Fanladen at FC St. Pauli.

Due to the pandemic, this was the first tournament to be held since the 2019 edition in Prague. Teams arrived from all over Europe to take part in a weekend festival of drinking, singing and dancing that masqueraded as a football tournament. The experience was as much about forging friendships as it was about winning football matches.

That said, the rag-tag collection of individuals passing themselves off as a CCFC side did their best to uphold the club’s footballing honour. The results were mixed, but it wasn’t for a lack of trying.

In fact, CCFC had a proud tradition of being undefeated before lunchtime on both days of the tournament. On the Saturday, CCFC won their early kick-off (and opening game) convincingly, 3:0 against a team from TeBe Berlin.

Fast forward 24-hours, and it was CCFC who coped with their hangovers better, beating St. Pauli Skinheads in a tense game that resulted in a narrow but deserved 2:1 victory for more extravagantly coiffured side.

We will gloss over the four defeats. Although it has to be said, keeping what felt like the actual Bayern Munich first team to just four goals was an impressive feat. It turns out it wasn’t the Bayern first team, but the Schickeria Munich ultra group, all of whom were half the average age of the CCFC squad.

Star performers for the CCFC were Richard Guion who walked away with our golden boot and Kret who was everywhere from defence to midfield to attack before suffering a nasty ankle sprain in the penultimate game.

Men’s development team assistant gaffer, Tom Marsland, missed the second day of the tournament after negotiating a transfer and a train ticket to Bremen, but he was superb on the first day – managing to not stray offside once.

The weekend also included a programme of informative workshops on topics that included sexism in football, a talk with a second-generation survivor of the Nazi regime and a meeting of the ALERTA network.

The other purpose of the weekend took place each day after the final ball had been kicked. Parties were hosted at the Millerntor Stadium on the Friday and Sunday night in which people danced and drank until the early hours.

Saturday night began with a march of all participants and supporters through Hamburg to a gig venue on the banks of the Elbe. There everyone was treated a concert featuring hip-hop, ska and punk bands and more dancing until dawn.

Over the next couple of days, the battered, bruised but euphoric squad limped their way back to the airport and home to east London. The weekend was full of memories and gave all present the chance to mix with other like-minded, anti-fascist football fans from across the continent.