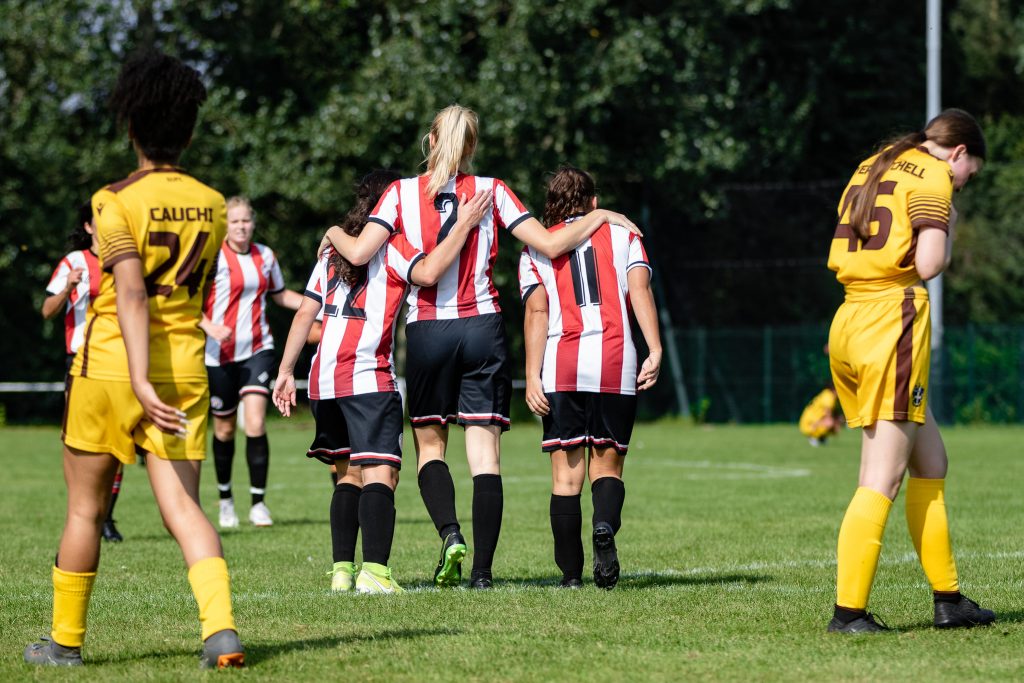 In a fixture switch, the Clapton Community FC women’s first team’s scheduled home league game against top of the table Islington Borough on Sunday is off.

Instead we’re in away cup action with a visit to Sutton United U23 in the Capital Women’s Cup quarter-final.

The winners will play the Sutton United first team or Enfield Town in the semi-final, so there’s an extra incentive for our hosts to win this one.

We met Sutton United U23 on the opening day of the league season, and while we won 5-0 they were a much better side than the scoreline suggests.

This will be our third attempt to visit Sutton in 2022 so keep an eye on social media and the weather forecast in case of another postponement.

Sutton United U23s play home games at Banstead Athletic FC’s stadium – a very decent ground. However, it’s in Epsom, Surrey, which being honest is an absolute mission to reach from East London.

For those travelling, admission is free. it’s a 15 minutes walk from Tattenham Corner station, in Zone 6. There’s plenty of car parking at the front.