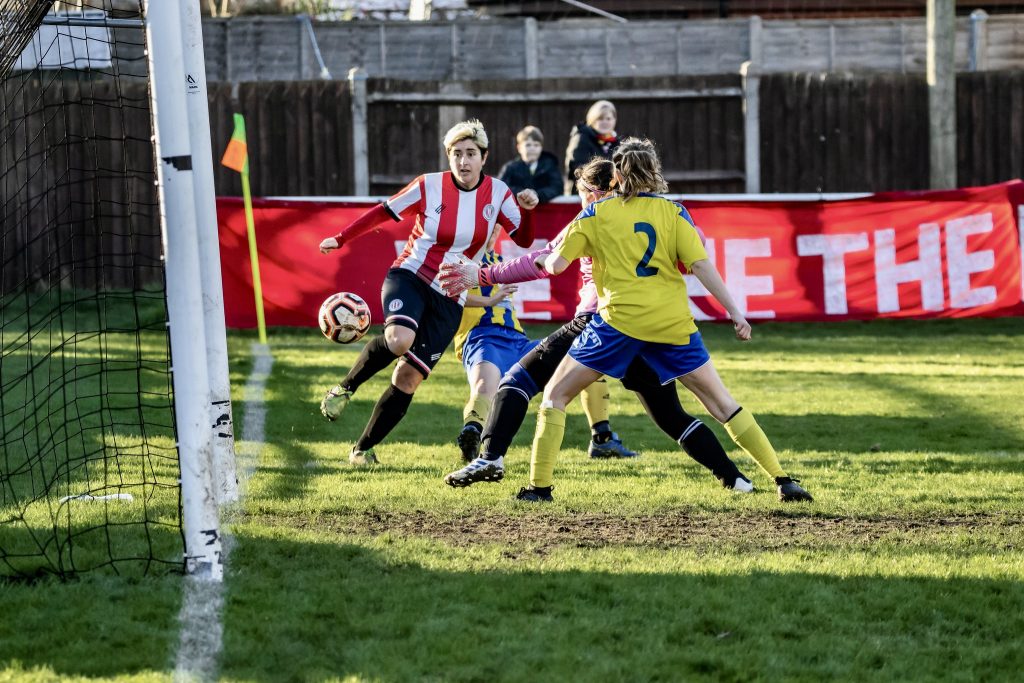 The Greater London Women’s Football League Premier Division’s only two undefeated teams meet on February 6 in a game which may have a big bearing on the promotion chase.

The Tons are in third place, Bromley second on goal difference, with both having won 7 games and drawn 2. Both teams also enjoyed record-breaking Women’s FA Cup runs.

It’s not quite a win or bust game, not least because there are other teams in promotion contention too, but the winners will take a big leap towards the top of the league.

The women’s first team have not played a league game for three months now, with a succession of frustrating call-offs, so our visitors are likely be more game ready.

This game is taking place on the Wadham Lodge Stadium – the first time the women’s team have played on there.

Since merging with the men’s club in 2012/3, Bromley Ladies have progressed rapidly, winning a shed-load of trophies.

In fact Bromley haven’t lost a league game since January 26 2020, securing successive promotions in the last two seasons too.

This season they’ve averaged 4 goals per game, with Charlotte Lee on 14, Jade Davenport on 12 and Terri-Ann Warren 7. Just as impressively, they’ve only conceded 6 goals.

The Ravens also broke their attendance record with an excellent crowd of 536 turning for their Women’s FA Cup tie against Hastings United.

Clapton CFC vs Bromley is on Sunday, February 6 2022 at 2pm at the Wadham Lodge Stadium, Kitchener Road, Walthamstow.