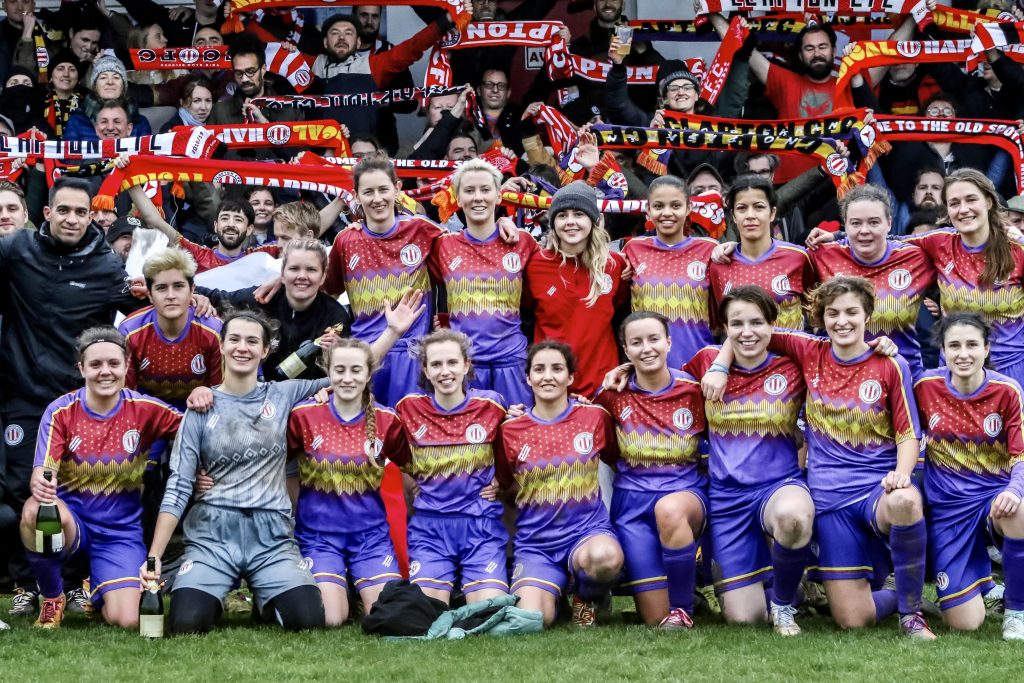 The Clapton CFC women’s first team and its head coach Claudio Gomes were delighted to be shortlisted for the Her Football Hub 2021 awards.

The team was chosen by the Wales international footballer Angharad James for Moment of the Year for our historic run in the Women’s FA Cup.

We made the final four, but the award was eventually won by Canada for their Olympic gold.

Meanwhile Gomes was selected alongside Emma Hayes of Chelsea, Bev Priestman of Canada and eventual winner Lluís Cortés of Barcelona for manager of the year.

Although we won neither prize in the end, it was fantastic to be nominated.