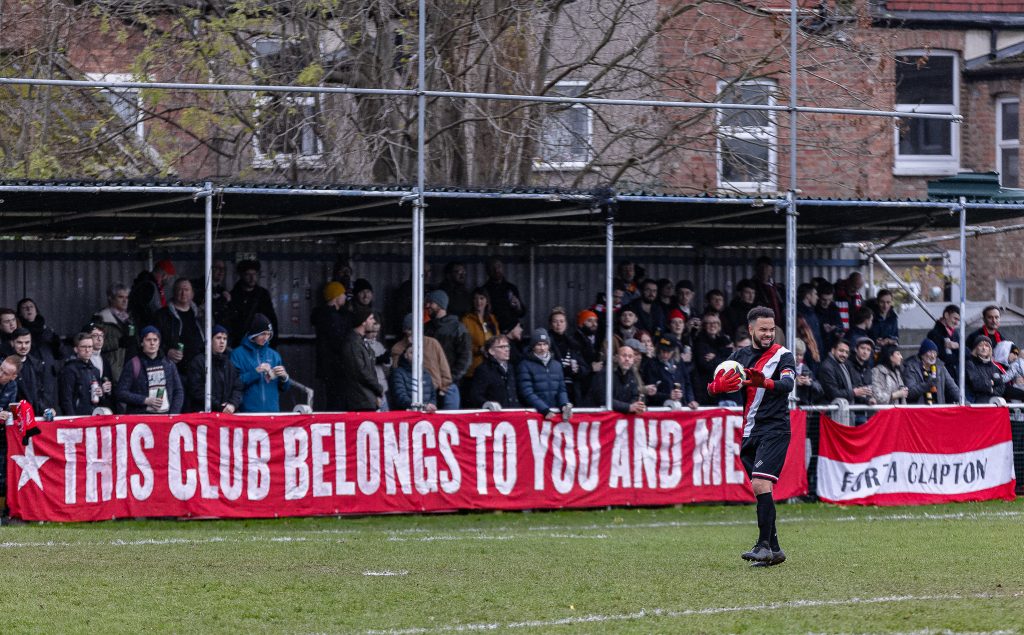 Happy New Year and we kick off what should be a momentous 2022 with a home cup tie for the men’s first team on Saturday, January 8.

Due to the bucketloads of heavy rain forecast before Saturday, on a Stray Dog pitch that’s already been drenched in recent weeks, we’ve switched this game to the Wadham Lodge 3G at 3.15pm to ensure it takes place.

Our league campaign has stuttered a little in the last month with three defeats in four, but we are also in three cup competitions and it’s getting to the exciting stages.

First up is the BBC Essex Premier Cup fourth round tie against Leigh Ramblers of the Essex Olympian Football League.

Our cup opponents were founded way back in 1897 and are currently at their highest ever level in their history.

The Ramblers joined the EOFL n the 2002/03 season in Division 3 and have steadily climbed since, finally gaining promotion to the Premier in 2015/6.

This season they are in 12th in the division, which is the same Step 7 level as our own Middlesex County Football League Premier.

Meanwhile in the Essex Premier Cup they beat Galleywood 2-0 away and then Brentwood Town Reserves 4-3 at home.

We reached this round ourselves by beating their town rivals Leigh Town away in extra time following a walkover win over Westbury.

The Ramblers play home games at Belfairs Park in Leigh-on-Sea, which they share with Eastwood Cricket Club and Southend hockey club.

The Ramblers also have dozens of boys and girls teams, making them one of the largest football clubs of its kind in Essex.

There will be a result on the day with extra time then penalties if the scores are level at 90 minutes.