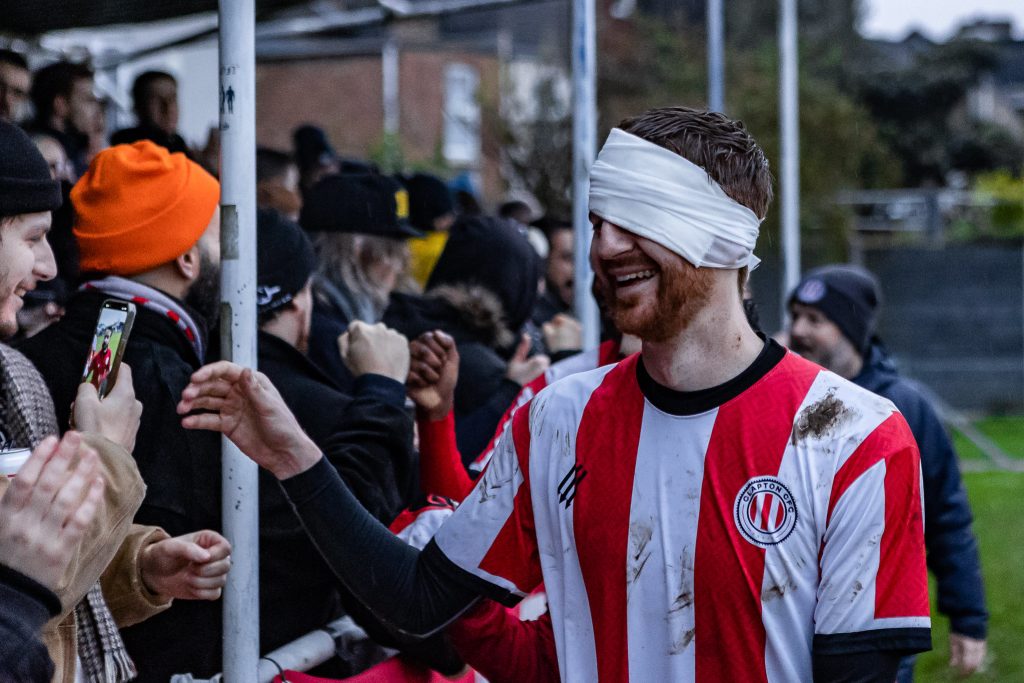 The Tons got back to winning ways on their final home game of 2021 with a much needed victory over AVA, completing the double over the Romanian heritage side in the process.

A draw and two defeats in the previous three games had seen the Tons fall off the top of the division, but this victory put Geoff Ocran’s men firmly back in the chasing pack.

Much like the previous week’s disappointing 2-1 defeat, the Tons had approximately 87 corners.

But unlike last week this time it paid off early on, with a rare goal from defender Dean Bouho, who celebrated in his usual understated style.

One quickly became two as Josh Adejokun impressively volleyed in from a free-kick, and from there the Tons were comfortable.

The second half saw Clapton extend their lead. The returning Noah Adejokun came off the bench, used his pace to beat the keeper to a through ball, and curled in from a tight angle.

There was also time for Julian Austin to make his long awaited return after over a year out, much to the delight of the Tons faithful.

His brief cameo appearance went well until the last minute until a clash with an AVA player saw the unlucky Austin patched up Terry Butcher style.

A comfortable, and much needed victory. Next up for the Tons, the last game of 2021 against tricky opponents Brentham.