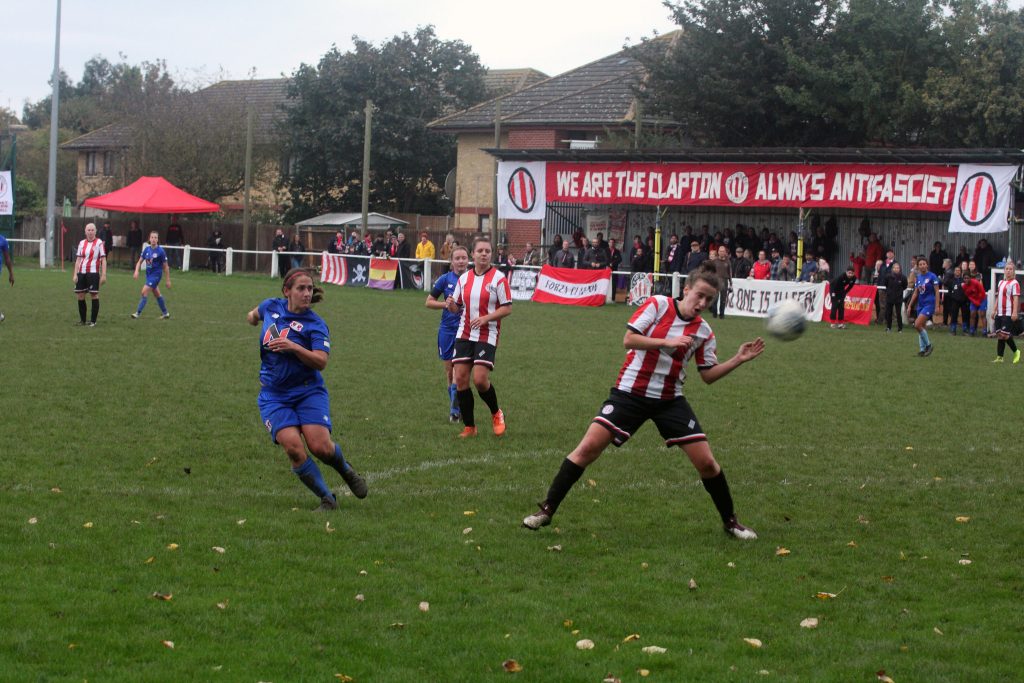 Clapton CFC women’s first team will take on Whyteleafe Development in the first round of the Capital Women’s Cup.

The table-topping Tons will be looking for their first win in this competition on Sunday, November 21st at home at the Stray Dog in Walthamstow.

Our visitors from East Surrey play in the South East Counties Womens Football League Division One West, which is the same seventh level as us.

It’s also the same league as Margate and Oakwood who we played in the Women’s FA Cup in 2019/20, winning one and losing one.

The Leafe’s Development team were newly formed this summer to bridge the gap between their youth teams and the first team,

The side have a first team playing at Step 5 and has ex CCFC head coach Patrick McLaughlin in the coaching set-up.

CCFC were knocked out by Leyton Orient Development in the last two seasons in this tournament – 5-0 at home in 2019/20 and then on penalties away at the Mile End Stadium last season.