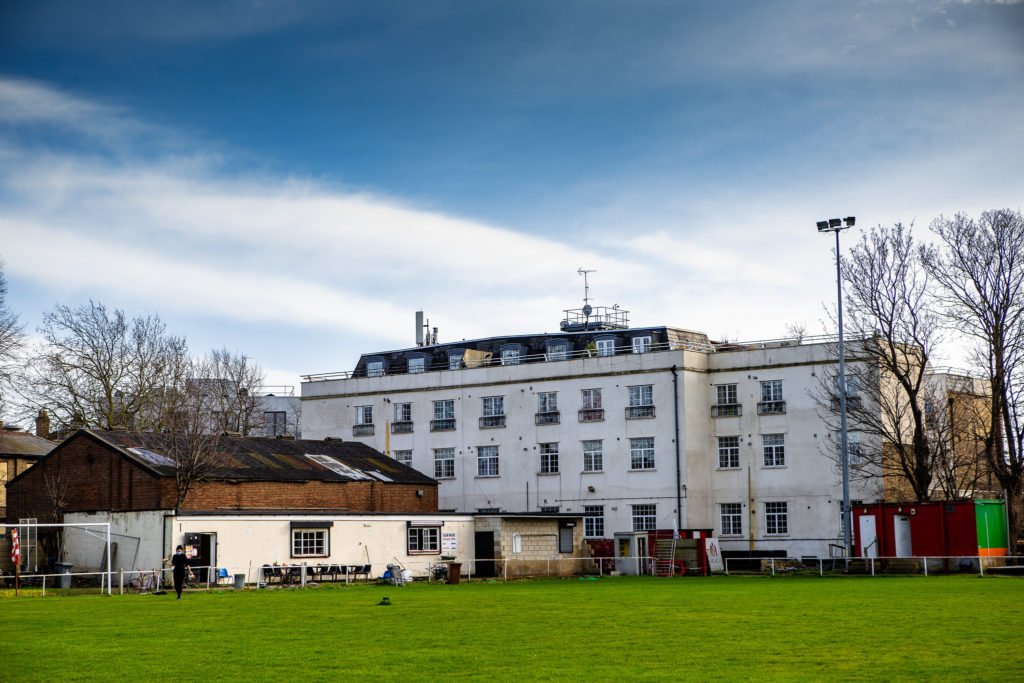 The Old Spotted Dog Ground Trust and Clapton Community FC are delighted to announce that we’ve been awarded a grant from the Football Stadia Improvement Fund (FSIF) of up to £50,000.

This will go towards the construction of brand new changing rooms at the ground. This is the maximum award available from the fund for clubs at this level, and it will make a huge dent in the cost of the new facilities.

Building new changing rooms is essential to hosting games at the OSD as they are a requirement of the FA’s National Ground Grading.

Those who attended games at the OSD previously will remember the old changing facilities were part of the warehouse adjacent to the ground.

The warehouse is currently in the hands of liquidators. Though conversations continue, for now we need to move forward without that building.

The next steps are to apply for planning permission for the changing rooms, once they are approved we can break ground on the project and begin construction immediately!

The FSIF, the non-charitable arm of the Football Foundation, has supported more than 17,000 grassroots football projects with grants worth over £1.5 billion.

They invest in projects that strengthen the relationships between clubs and their supporters, that promote inclusivity, improve supporter experience and enhance the quality of the game on the pitch.

Putting the OSD back together after years of neglect has proven much more expensive than we feared.

We have had some large unexpected one-off costs very early on in the ground’s redevelopment.

For example, the clubhouse roof had multiple leaks and seemed to be dissolving in front of our eyes! It has had to be entirely replaced.

At December’s AGM, the club’s membership approved funds, secured from a UK government ‘Bounce Back Loan’, to be allocated to the provision of changing facilities.

The FSIF grant, in addition to this loan, will make a massive contribution to the funds needed to get the ground up and running.

We won’t be stopping there though. As our teams progress, the ground’s development will need to follow. Revamped floodlights, a new pitch perimeter barrier, hard standing areas, further accessibility provision and safety improvements throughout the ground are all planned for the near future.

It really is worth emphasising that this FSIF grant is a massive step forward. Yet another major institution has expressed confidence in our community club and its ability to bring football back to the Old Spotted Dog. COYT!