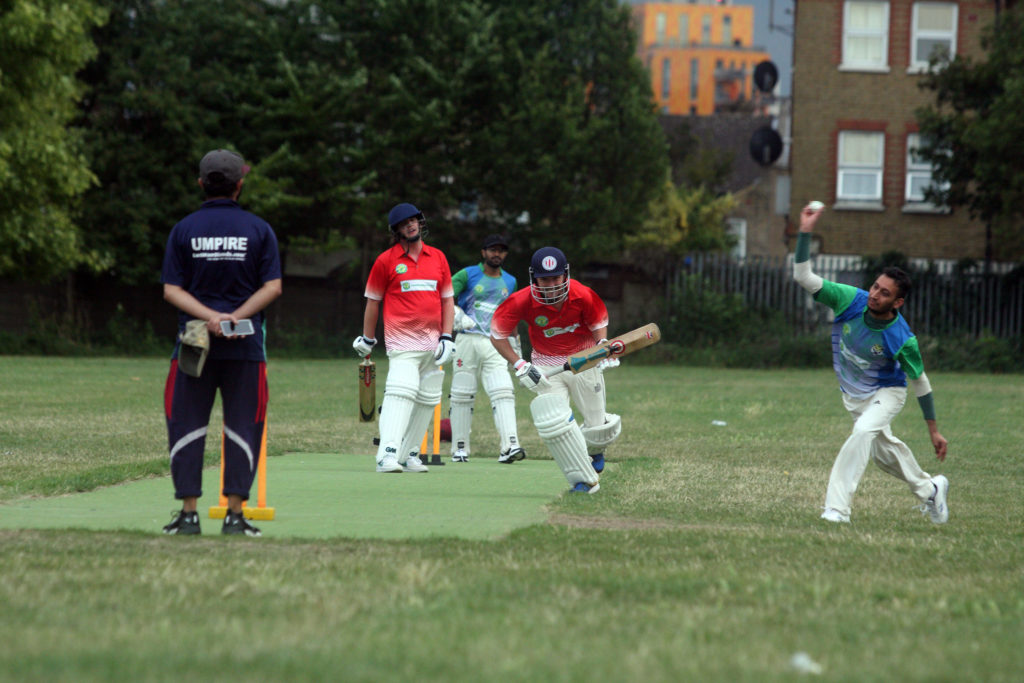 After several months delay due to the coronavirus, the CCFC Cricket team played their first game in the Newham Last Man Stands league.

The cricket section of the club was founded earlier this year after a vote at the general meeting.

The team is open to all Clapton CFC members, regardless of ability or gender.

The opening match was played against The Eight Mavericks, a team that features several of the highest ranked Last Man Stands in the country (gulp).

The team put up a spirited performance but lost by 138 runs.

The team play again on the 20th July at the Memorial Park in Newham at 18:30.

The team organises regular net sessions and are always on the lookout for new players.

If you’d like to get involved then email cricket@claptoncfc.co.uk.

Live updates are also posted up on the Last Man Stands website as the game is in progress.