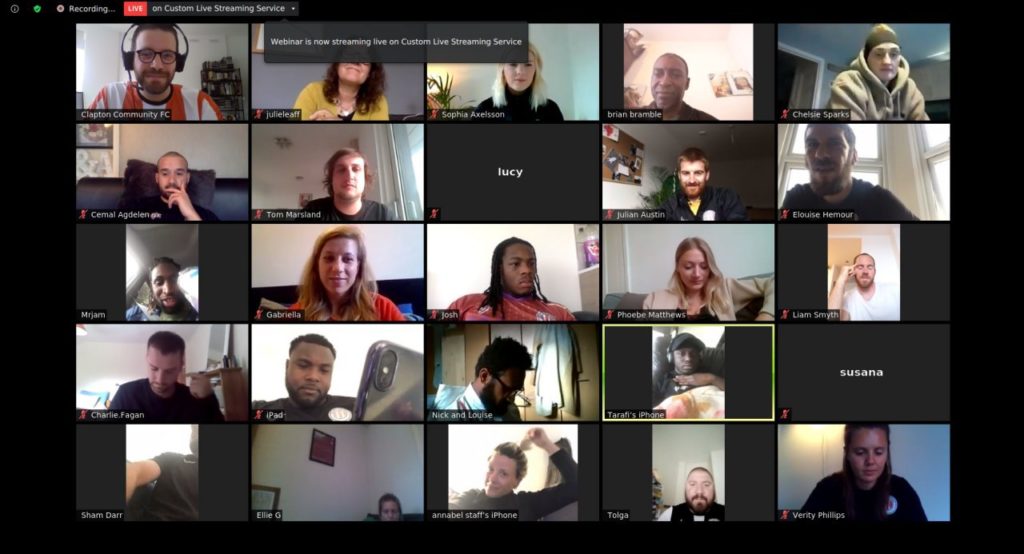 Clapton CFC have handed out the end of season player awards in a live-streamed lockdown ceremony.

The players and management from our 5s, men’s and women’s teams came together on a Zoom call to celebrate what was a fantastic, if shortened, season.

We have seen growing numbers turn up to our Young Tons and women’s open training.

Our Super 5 League team topped the league with only one loss, our men’s team were in strong contention for a second successive promotion, and we saw the emergence of Clapton CFC’s women’s team and an FA Cup tie at the Stray Dog.

We have seen nail biting penalty shoot-outs, we’ve celebrated big wins and heartbreaking losses. And we’ve done it all together.

We had close to 9,000 people through the gates, from the first friendly in July, to the last games just before lockdown, and we have seen some spectacular team efforts, as well as incredible individual skill.

Some of those efforts have now been recognised in these awards, for which we’ll get some real-life trophies made when circumstances allow.

Men’s team player of the year

Women’s team player of the year