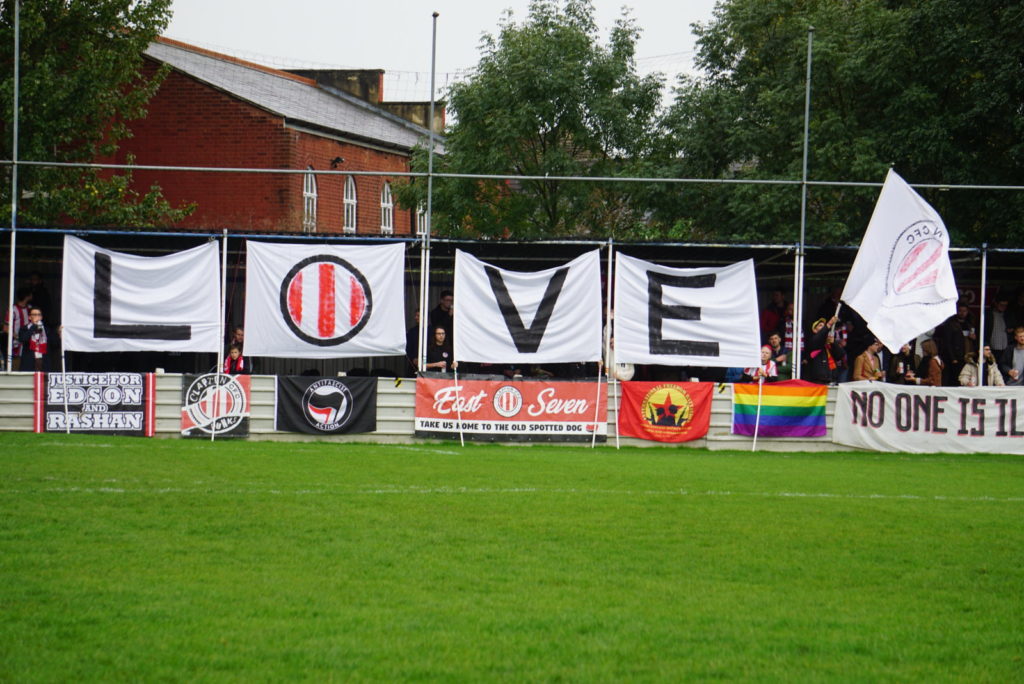 The FA has today announced that the seasons for both Clapton CFC men’s and women’s first teams have been voided due to the coronavirus outbreak.

All leagues in the men’s pyramid from the 7th tier down, and women’s from the third tier down, will end immediately and all results expunged.

It means there will be no promotion or relegation between any these leagues either.

From Leipzig to Luton, Clapton CFC would like to thank the 9007 people who came out to support the teams during this shortened season, and to thank those who supported us from afar.

We hope to see you again soon!

The full statement from the FA is below…

We have been working collaboratively with the National League System (NLS), the women’s football pyramid and the wider grassroots game since the outbreak of COVID-19 on how to conclude the 2019-20 season in the most appropriate way possible.

These are challenging circumstances for English football and all decisions taken are in the best interests of the game and in consultation across key stakeholders. Our primary concern will always be for the safety and welfare of clubs, players, staff, officials, volunteers and supporters during this unprecedented time.

Today’s steps take into account the financial impact during this uncertain period, whilst considering the fairest method on how the sporting outcomes for the season will be decided with the integrity of the leagues in mind.

The NLS and the women’s football pyramid were able to build a consensus amongst their leagues and, where possible, aimed to create a consistent approach across all leagues, whilst taking into account the unique characteristics of each individual league.

These decisions will also apply to the leagues and clubs who play at NLS step seven.

We will continue to assist and support the National League (NLS steps one and two) to determine the outcome of its 2019-20 season as quickly as possible. The planned implementation of the restructure of the NLS will also now be deferred until the start of the 2021-22 season.

Furthermore, we can now confirm that we have decided that all grassroots football is concluded for the 2019-20 season. This will allow the game to move forward and to commence planning for next season. Our County Football Associations (CFAs) will be supporting grassroots leagues over the coming days to determine how they should close out their current competitions.

Where appropriate, the above decisions will be put to The FA Council for ratification.

Throughout this period we continue to seek guidance in respect of the government’s financial support packages relative to COVID-19 and how they are applicable to clubs in the NLS, the women’s football pyramid and the wider grassroots game.

The FA, FA Women’s Board members and the Women’s Football Conference have consulted and reached a consensus regarding the women’s football pyramid.

The FA and the leagues within tiers three to seven have reached a consensus to bring the season to an immediate end and all results will be expunged. This will mean no promotion or relegation of clubs between tiers three to seven. Agreement has also been reached to end the Regional Talent Clubs season, which was due to conclude in April 2020.

With the 2019-20 Emirates FA Cup, Women’s FA Cup, Buildbase FA Trophy and Buildbase FA Vase all at advanced stages, we are reviewing all options as we seek to complete these competitions whenever it is safe and appropriate to do so. Clubs involved are close to reaching a major final and for those clubs and supporters we will do all we can to keep the Wembley dream alive.

We will also continue planning for FA competitions to take place for the 2020-21 season.