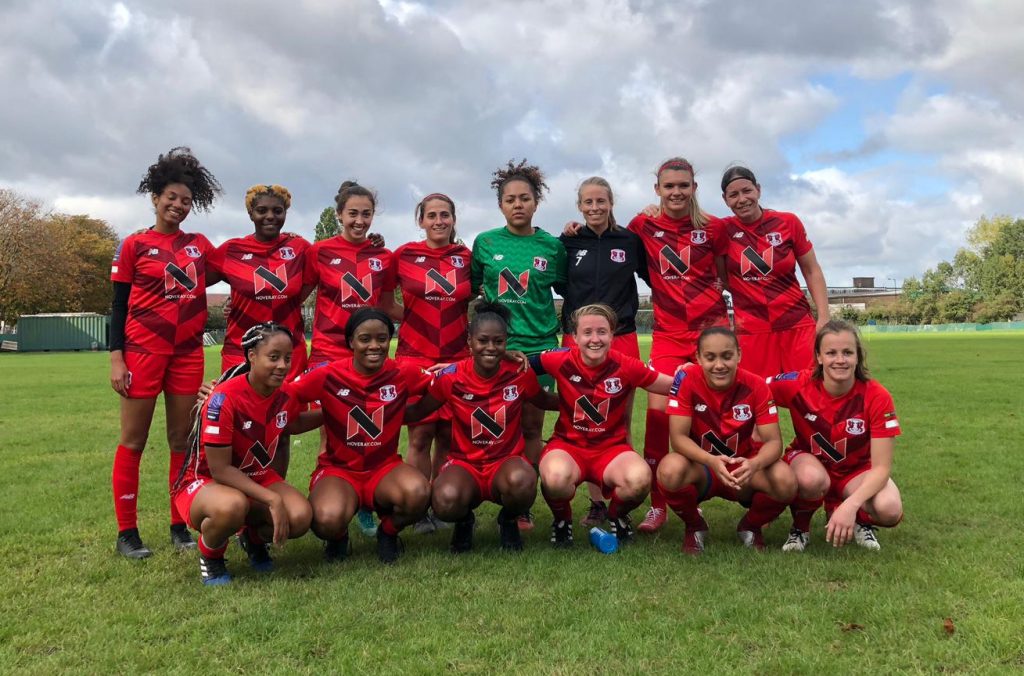 Our opponents from down the road are in tier 6 in the Greater London Women’s Football League Premier Division, one division above Clapton CFC. In fact they’re top of that league.

However, it’s a cup game – the Capital Women’s Cup to be precise – so anything can happen,

Orient captain Maisie Cannon provided us with some insight to the team.

Despite the positive performances, this season started off with a loss and a draw in the first two fixtures.

The progression of the team has been extremely encouraging and the hard work has since earned three convincing league wins over Godalming Town LFC, Tottenham Hotspur Women’s Thirds, and Sutton United.

As the results suggest it has taken time to craft our own style of play but each week seems to be a step in the right direction and things start to be clicking into place.

Have you seen a lot of changes to the squad from last season?

Although many of the squad played together last season, there are still many new faces throughout, both in playing and coaching roles.

It has taken time to gel as a group but it does feel as though a real identity is now being formed.

What is really good to see is that we have had almost as many new players on the score sheet in games so far this season as existing squad members.

It is a real credit to both the players themselves that have come in and adapted really quickly and also to the coaching team who have helped integrate players to get the best out of each individual.

What are your ambitions for this season?

It is still early in the league campaign to be able to assess the team’s potential to be title winners but it is certainly something that the team will be collectively striving for.

As with all teams it would be great to win some silverware and a win [in this Cup tie] would really be a positive step forward towards achieving that.

As a development team it is a big part of the team and club to ensure that we are moving forward and constantly learning.

It is hoped that players from our team will go on to represent our first team in the Women’s National League.

This will be a tough game for Clapton, but as the Tons have shown so far this season, they are willing to take on any challenge.

Come along and help cheer the team on, hopefully to a famous victory!

Our full-colour matchday programme will be on sale. There’s a different cover artist each time.

Any more questions? Email comms@claptoncfc.co.uk or the Facebook event is here.