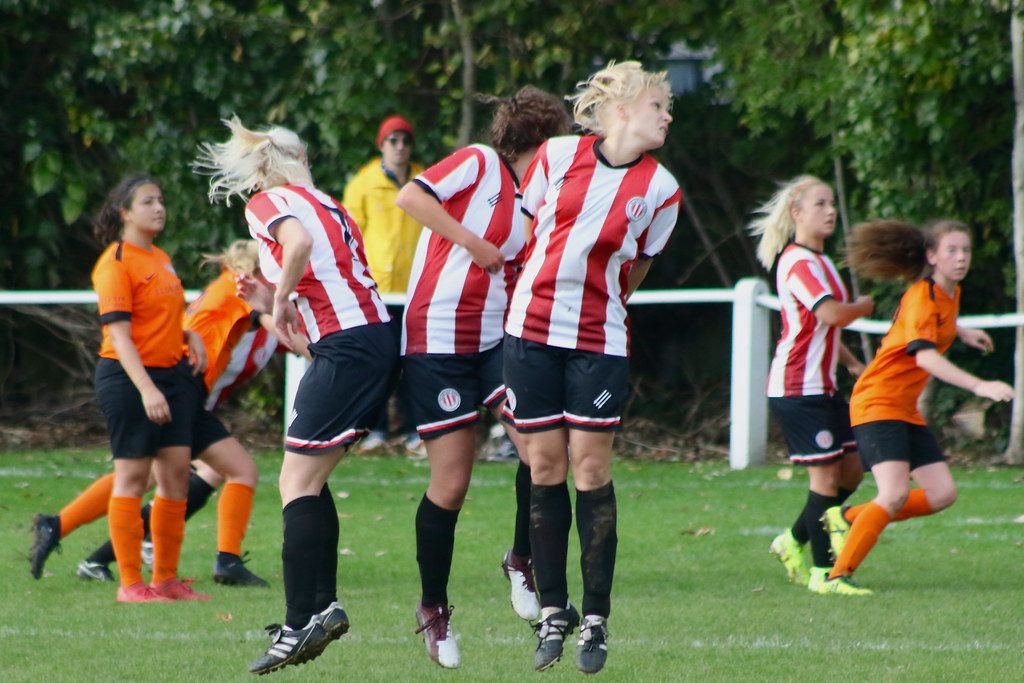 The old saying goes that all good things must come to an end, and that includes Clapton CFC’s unbeaten start to the league season.

Three league games in and the side have won one, drawn one, and now lost one, but despite defeat to a polished Walton Casuals side, the Tons can take a lot of positives from the game as their season begins to take shape.

However, it was to be a long afternoon against the Casuals, who had been so dominant in the previous campaign.

The visitors almost took the lead from the get go as a deflected through ball fell kindly to a Walton winger, but fortunately, her shot hit the bar and tipped over for a goal kick.

The game was quickly turning into a full-blooded affair, with both sides striving to create chances they couldn’t finish.

Some solid defending from Alice Nutman and Phoebe Parthews ensured that Walton continued to be frustrated.

Walton were starting to force the issue, and enjoyed the lion’s share of the chances, but they came up against a formidable Polly Adams in between the Clapton sticks. The keeper pulled off a tremendous save from a shot that looked destined to ripple the net.

If the football lexicon had pictures, you’d see Polly Adams‘ picture next to the phrase ‘playing a blinder’. Shot after shot found their way into the keeper’s safe hands, and when she couldn’t hold on to the ball, she made sure it went anywhere else but in the net.

The battle that was the first half drew to a close with a goalmouth scramble. The ball stuck beneath everyone’s feet, Clapton ensured the watching supporters wouldn’t breathe until it was finally hooked away. In truth, the Tons were lucky to see the half out on level terms.

But whatever coach Patrick McLaughlin said at the break must have sunk in quickly. Just five minutes after the restart, striker Naomi Scriven raced down the right wing and turned Walton’s poor left-back inside out before cutting a low ball across the face of goal where it was met by the onrushing Saskia Walker to hammer home.

Now tails were up and we had a game on. Both sides taking turns to run at each other through the midfield. This game had more goals in it and everybody knew.

With Clapton doing everything possible to defend a lead, a collision between Adams and a Walton forward left the goalkeeper on the floor clutching her shoulder. Luckily she was able to continue, but Walton were pushing hard.

The visitors finally got their breakthrough on 70 minutes, as a free kick from just outside the box hit the bar, with the rebound finding its way to a Walton forward, they were able to loop it over the keeper to restore parity.

Clapton heads didn’t drop, though, but to compound their misery, the visitors were able to give themselves a lead as a long range effort found its way over Adam’s outstretched arm once again.

With just 15 minutes remaining, Clapton gave everything in search of an equaliser, but to no avail. The whistle blew and the battle was over.

The Tons had tasted their first defeat of the league campaign, but with so many positive aspects of a dogged performance, there is no doubt the team will bounce back and build on the positive start they’ve enjoyed.