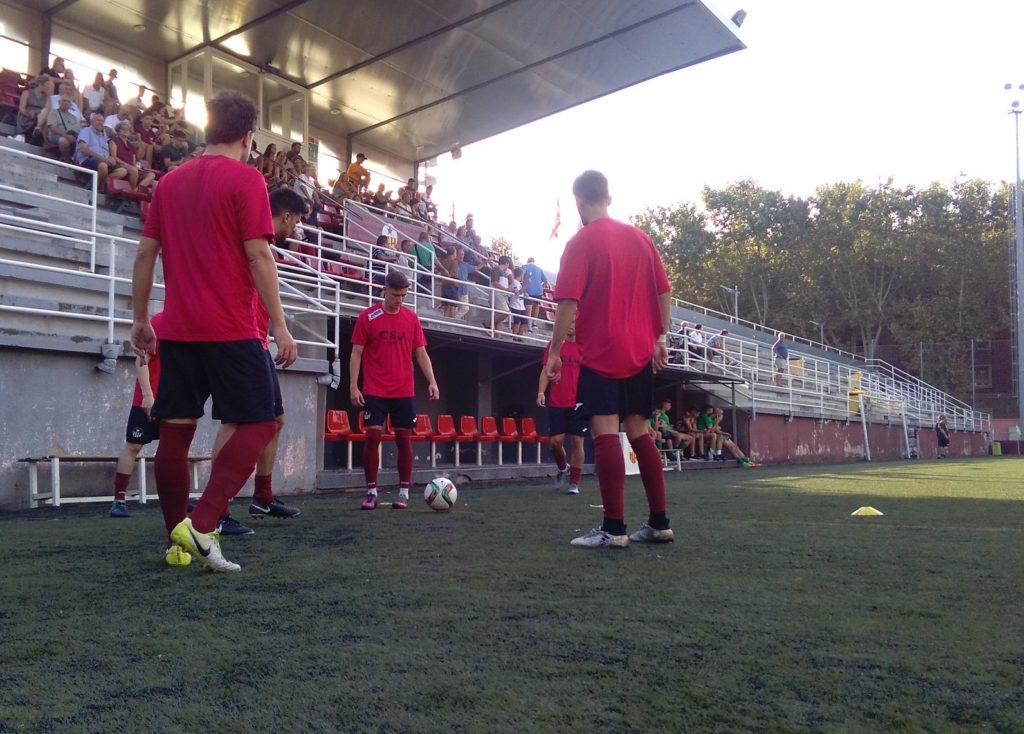 The game is part of the fourth annual Primavera Republicana festival to commemorate the Spanish Republic, which includes live music, lectures, theatre and, this year, a football match.

2019 marks the 80th anniversary of the end of the Spanish Civil War, and the match has been arranged due to the friendships forged through our away shirt.

Club Esportiu Júpiter, founded in 1909, are described in the match preview by Panenka as ‘the club of the working class’ of the Sant Marti district of Barcelona.

It adds that the club, and its supporters, opposed Franco and as such paid a heavy price during his dictatorship.

They currently play in the fifth level of the football pyramid but have been as high as the Segunda Division in the past.

This will be Clapton CFC’s third game in three days, but player-manager Geoff Ocran insists he has a big enough squad to cope, and won’t affect his preparation for the cup and league games ahead.

He believes it will be great for team bonding despite the time pressures, while as a club it’s a chance to pay tribute to the International Brigades and the ideas of the Spanish Republic among new friends.

The game was finalised only around a week ago, when members were informed. However, we could only announce it publicly when the FA gave us approval to play the game.

For the match, we’ll be taking a guest goalkeeper and then this squad of outfield players:

The players’ flights and accommodation are being covered by our hosts, which is an amazing gesture.

A small number of fans and members will be heading over from East London and beyond despite the extreme late notice. Indeed two brothers, Kev and Danny, sent us this video of them on the way from Dublin.

Commitment level: 💯
Brothers Kev & Danny are currently somewhere in the Bay of Biscay, they’re driving/ferrying from Dublin to Barcelona for our match against @CE_Jupiter on Monday night. 🚗⛴️🚗
See you at the match lads! #WeAreTheClapton #TonsJustWannaHaveVoyages pic.twitter.com/OOL1ZU44Ui

If you’re coming to the game, send us a photo, video, email or tweet! Please feel free to spread the word to anyone nearer to Barcelona too.

Obviously most members won’t be able to make it given such short notice. However, the good news is this won’t be your only chance to see the Tons overseas. A proper trip is taking place in the summer, when the Tons visit Rotern Stern Leipzig in Germany in August. Full details to follow!

The game is at the club’s home ground in the Sant Marti district of Barcelona.

Nearest underground station is Sant Marti. It’s about a 30 minute walk from the Sagrada Familia. If you know the best route, let us know, and we’ll add it in here.

CE Júpiter vs Clapton CFC is on Monday, April 8th 2019 at CEM Jupiter. Kick off 7.30pm. Admission is free. Join the Facebook event.