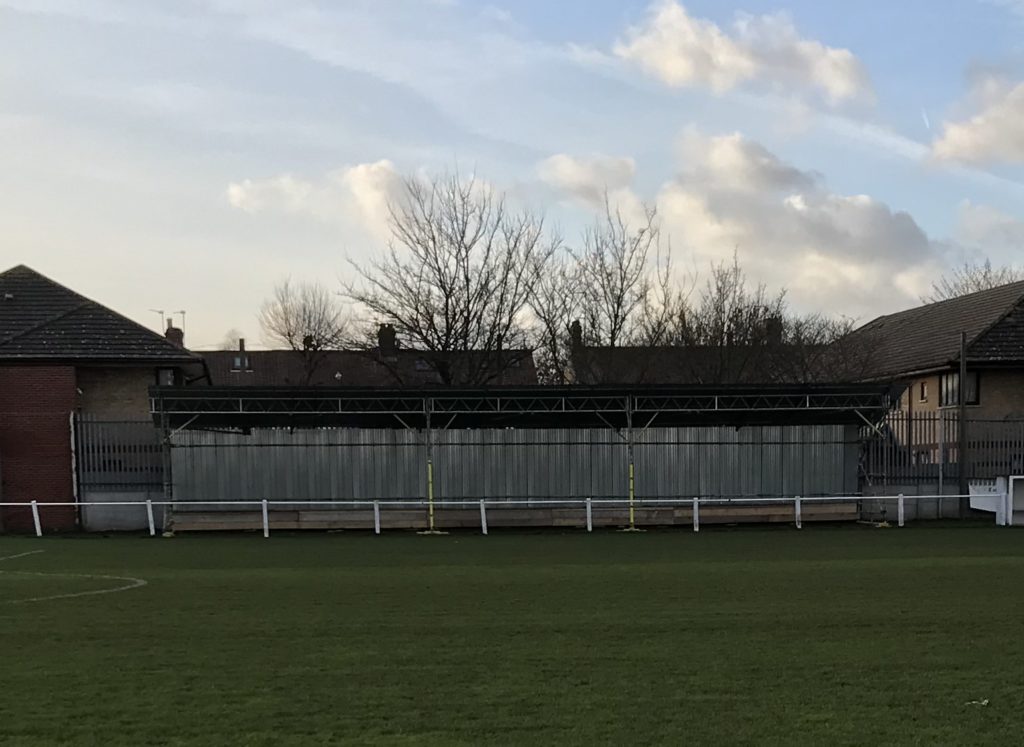 Clapton CFC members and supporters now have a roof to keep the rain off after the new temporary stand at the Stray Dog was installed.

The 20m x 3m structure was fitted to the right of the dugouts at our temporary home just before the Christmas period.

Up to now, spectators have been reliant on gazebos, umbrellas and hoods to keep dry after a run of unseasonably rainy weather.

The next stage will be to add boxes to provide steps so people at the back can see over the heads of those at the front.

@ClaptonCFC Dear supporters of Clapton CFC. If all you wanted for xmas was a new scaffold, then santa has come early! Here's the view of it from my house. You can put your gazebos away. pic.twitter.com/XR3eTM1Qm7

The decision to install the temporary stand came after a full members vote with 89% of respondents voting yes.

As a temporary structure, all materials can be-used and moved to another ground, should we decide as members to relocate the club.

The – as yet unnamed – scaffolding stand will be available to stand under at our next home game against FC Star London on January 5th.

Members can suggest a name of what to call the temporary stand by emailing comms@claptoncfc.co.uk by January 3rd 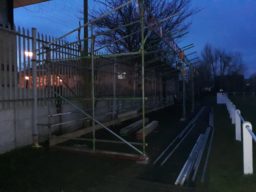 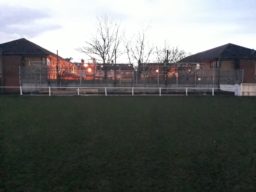 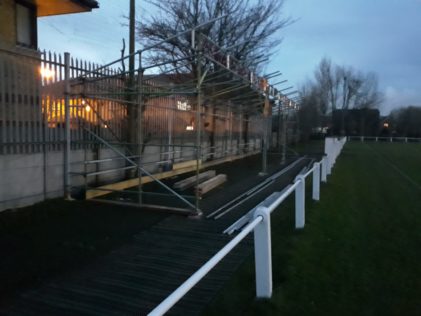 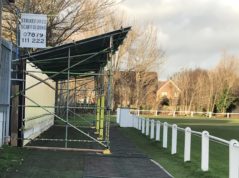