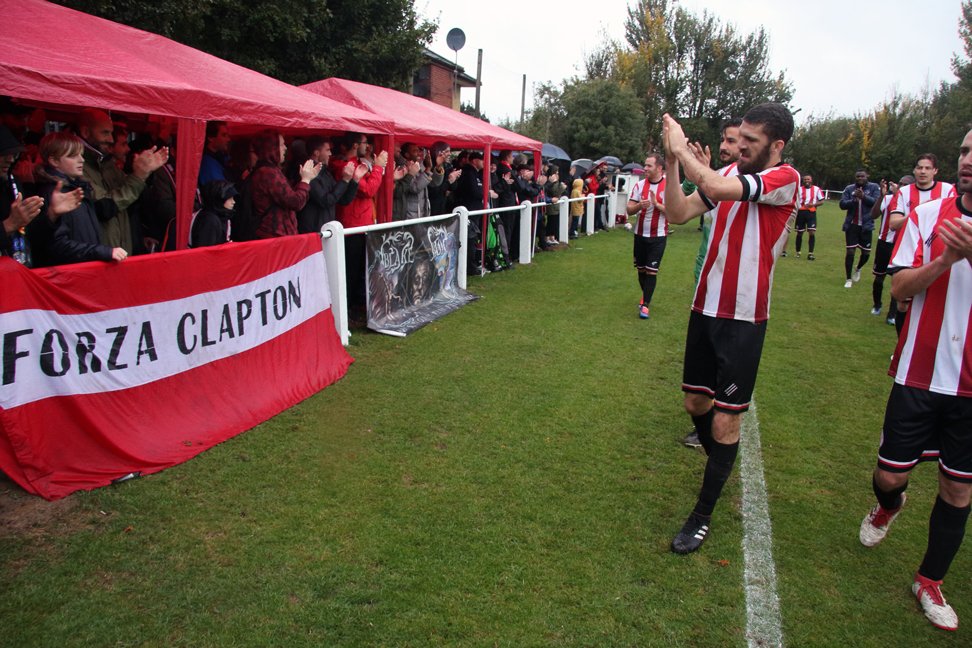 There was a deluge of rain and a deluge of goals before Clapton Community FC just missed out on a win in their very first league home game with a heartbreaking late leveller.

The weather gods are clearly against us, with East London only seeing two days of rain in the entire month, both falling on our only two home games so far.

However, that didn’t deter over 250 people turning out, sheltering under hoods, umbrellas and gazebos for the visit of Irish heritage side FC Roast.

Player-manager Geoff Ocran made a couple of changes to his line-up, with goalkeeper Vlad Bendovskyy and midfielder Nabeel Hashim making his competitive debut. Vlad in particular had patiently been waiting for his international clearance come through. 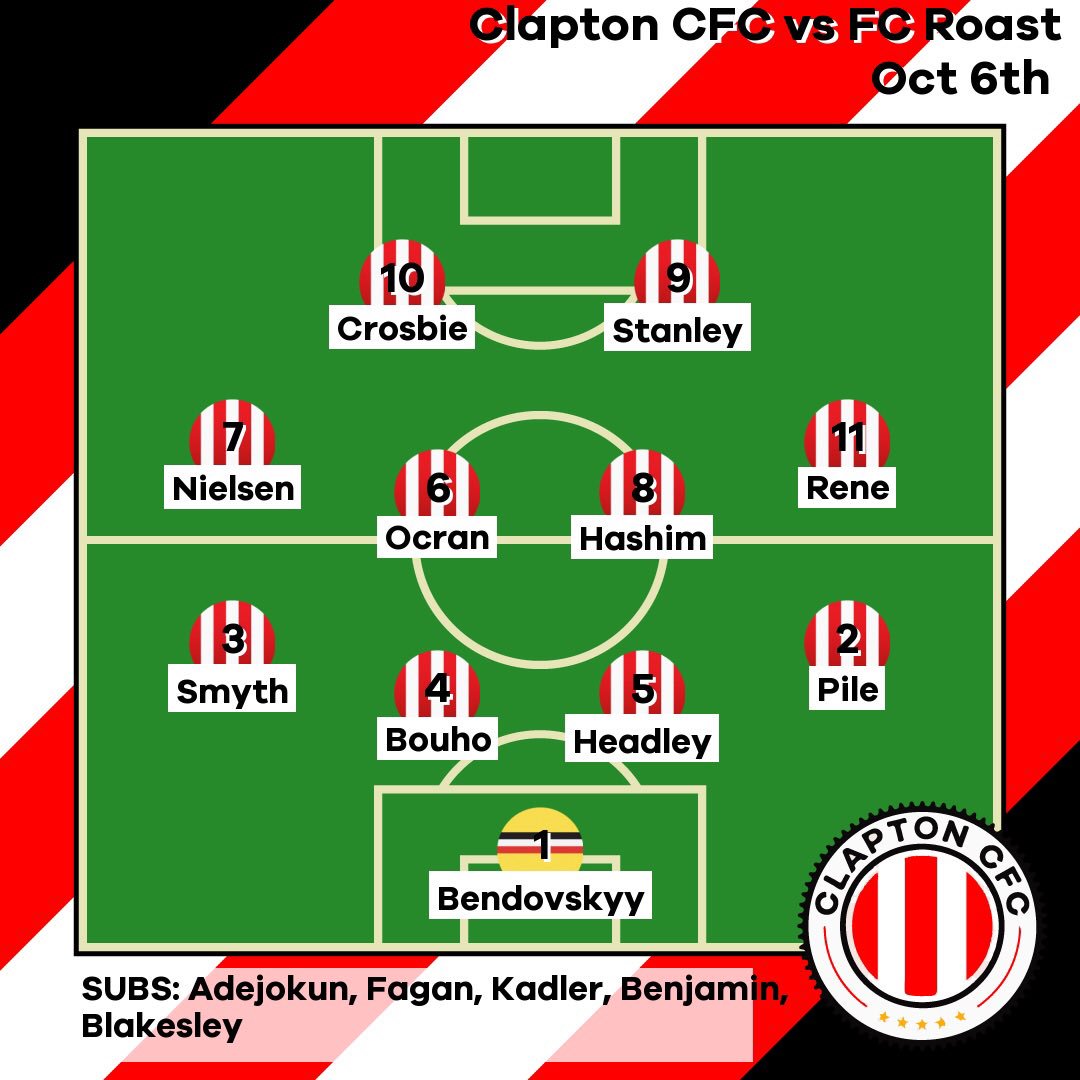 Ocran had asked his team to start brightly after some recent sluggish first halves and they responded by rather effortlessly going 2-0 up within 15 minutes.

Striker Sherwin Stanley tucked away the first from a right-wing cross, then Dean Bouho bundled home a spilled free-kick from close range for the second.

FC Roast opened their account at the other end, but Stanley soon scored his second of the game, a perfect lob after a defensive mix-up.

Both sides exchanged goals again – with Stanley completing a superb first-half hat-trick, the first ever by a Clapton CFC player, with a header that the visitors were adamant did not cross the line. 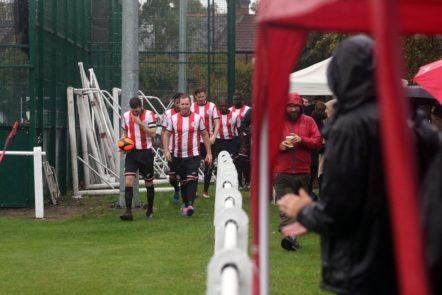 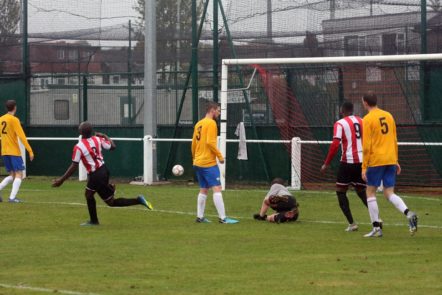 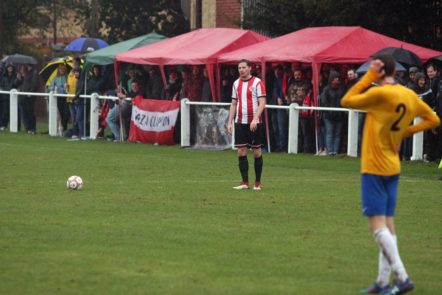 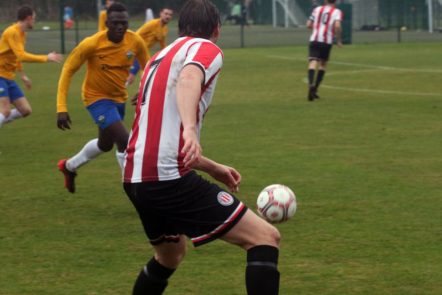 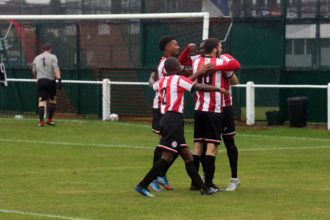 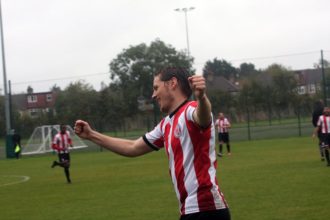 Heading towards half-time, the Tons still kept a two-goal cushion and were seemingly cruising, but FC Roast clawed another back and it was an astonishing 4-3 at the break.

After seven goals in the first 45 minutes, the second half was a much tighter affair, with the visitors on top but never dominant. However, with just a slender one-goal lead the home side were always going to be vulnerable to a sucker punch.

Nevertheless, a solid second-half performance looked to have secure the valuable three points – only for a lapse of concentration to allow FC Roast to steal in and make it 4-4 with just minutes to go.

That blow spurred the Tons to step it up a gear, and there was still time for several near misses, but the winner just would not come.

At the final whistle many players reacted as if they’d lost. However, it was not a defeat, FC Roast proved a tough opponent, and teams across the league are taking points off each other. So a draw is by no means a disaster.

Afterwards, we interviewed Newham mayor Rokhsana Fiaz who had watched the game and got stuck straight into the singing too. Read that here.

Take a look at the match report on the FC Roast website here.