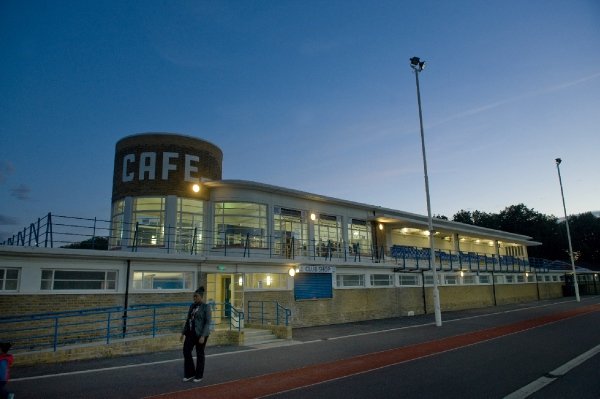 A trip to the seaside, our very first chance of a trophy, the grand opening of a spanking new stadium, a game on the Olympic park and the five-times FA Cup winners coming to town – Clapton CFC’s first summer of friendlies have a bit of everything with opposition ranging from Step 3 to Step 14.

As it stands, all games are open to the public. However, details are subject to change – and more games may be added ahead of the Middlesex County League start in September – so keep an eye on our website and social media.

A pioneering match just yards from the seaside – what’s not to love? Not only will this be Clapton CFC’s first game, we also have the honour of being the first ever opponents at the £550,000 Eastcliff facility in Holland-on-Sea, a 15-minute walk from Clacton station. They’re a great community club, who were previously groundsharing with FC Clacton, and have been switched sideways to the new Essex Step 6 league, the Eastern Senior League South for the new season. There’s a coach going there and there’s food and a bar available.

The Tons take on our good friends West Essex and we can announce a very exciting venue switch with the fixture now moved to the London Stadium Community track. That’s right next door to West Ham’s current home in the Olympic Village, Stratford. West Essex finished a very impressive seventh in the Essex Senior League (Step 5) having previously risen through the ranks of the Middlesex County League, something that Clapton CFC will be aspiring to match.

Sporting Hackney are one of the consistently better Middlesex County League Premier teams, one division higher than Clapton CFC, so will be a good measure of how the new team is shaping up. Sporting Hackney are managed by former Clapton FC assistant Peter Harrington who has brought through a wealth of talent. This game will be played on the Mabley Green 3G pitch rather than the Step 7 club’s usual home, the Hackney Marshes show pitch.

Isthmian League Premier side Enfield Town are the first fan-owned club in the UK, formed in 2001 having broken away from historic but troubled Enfield FC before its demise. This will be Clapton CFC’s very early first chance of silverware as the Brian Lomax Supporters Direct Trophy, held annually between two supporter-owned football clubs, is up for grabs. The trophy is engraved with the immortal words of Jock Stein: “Football without fans is nothing”. The Towners say their line-up will be ‘Under 23 emphasis’, but even so the Step 3 club will be massive favourites.

A late addition to our preseason calendar as we take on Middlesex County league rivals, NW London. This game will give us an early idea about the level of opposition we’re likely to face this season and it’s also an opportunity to head down White Hart Lane to play at the iconic New River, also home to London Skolars, the capital’s second rugby league team.

Epping Town were resurrected two years ago and play in the Essex Olympian Division 4, Step 11 of the pyramid. But don’t expect them to stay there for long, as they have ambitious new backers who want to get the historic club back to the Essex Senior League as soon as possible. Managed by Billy Cove, the former Ilford boss, who has rinsed his contacts book this summer to bring in an enviable squad for a tilt at promotion. The club are happily playing at their old Stonards Hill ground in Epping but this game will be at a nearby school pitch.

As it stands, this will be the first friendly at our temporary home at Wadham Lodge in Walthamstow. And the visitors have just a little bit of history for such an occasion, having been formed in 1859, even before the Football Association. Wanderers FC were one of the big names of early football, winning the FA Cup five times in total, including the very first and three in a row, but by 1887 it was all over. The club was reformed in 2009 and now competes in Surrey South Eastern Combination Junior Division One, Step 14.

This Japanese heritage club have Southampton full-back Maya Yoshida as their ambassador and oodles of youth teams. They’re Acton-based and will play in Middlesex County League Division One West, so exactly the same level as Clapton CFC. They finished ninth at this level last season.