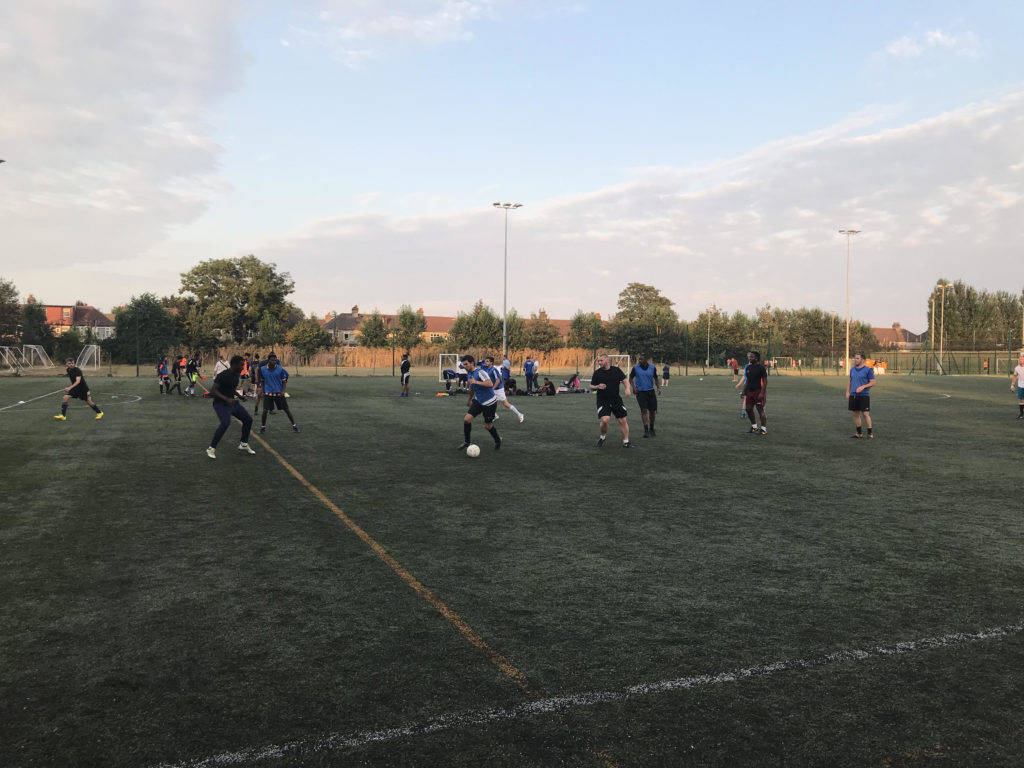 Clapton CFC manager Geoff Ocran ran the rule over 16 trialists this week as the season’s preparations got underway.

Geoff took the session at our training base at Wadham Lodge featuring established non-league players, particularly from Step 5 level, plus promising new talent.

Geoff said afterwards: “Training was positive. I was able to get an 8 v 8 going just to see the quality we have and I was impressed.

“It was our first real session so we won’t focus on fitness just yet but it’s coming together all with the view of putting a good side out for the first friendly away at Holland FC on July 21st.”

The gaffer says his squad is shaping up well with a core of familiar faces also lined. We’re keeping the list of names under wraps except for Charlie and James Edwards, as their proud dad and long-time Clapton fan Mark tweeted about it.

2 of my sons training with @ClaptonCFC tonight!! As a long term Ton a very proud moment wether they make it or not. #youtons

For anyone who missed the trial date, there’s still time to put yourself forward by contacting Geoff and asking to join training, weekly on Wednesdays at Wadham Lodge, Walthamstow from 6.45pm to 8pm.

Geoff said: “Anyone still interested in coming down next week feel free to let me know via Twitter.”