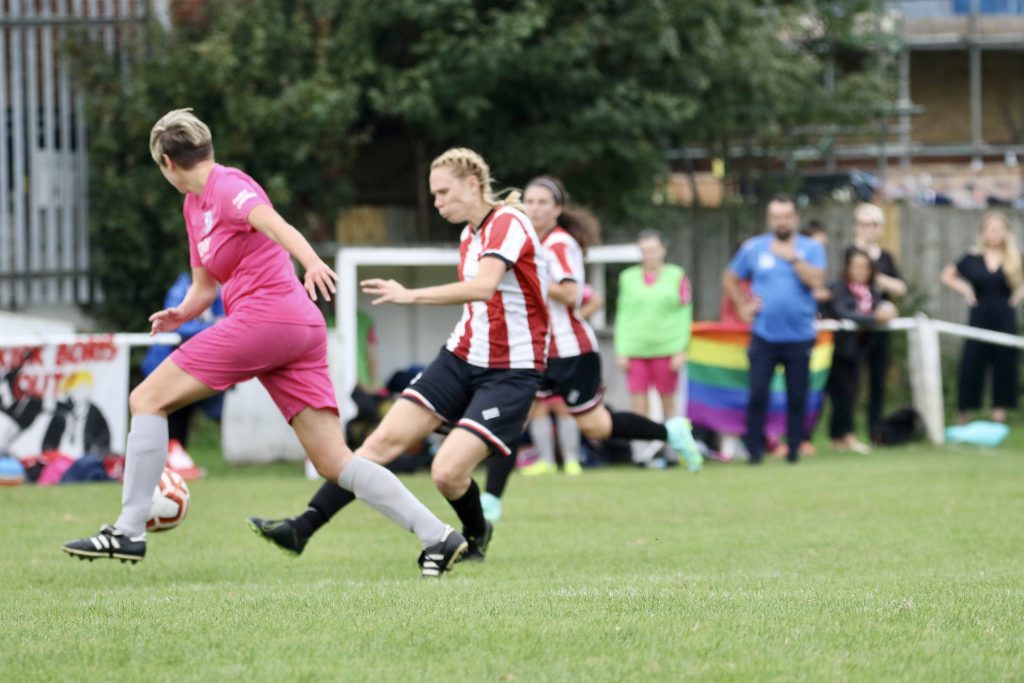 The women’s first team’s league game on Sunday, December 5 is now OFF as our opponents are unable to raise a team.

After the Women’s FA Cup heroics, and ahead of the trip to Plymouth Argyle next week, the team were due to return to league action against Enfield Town’s third team.

CCFC remain top of the Greater London Women’s Football League table but it’s close with three teams within three points, while Bromley have two games in hand and so could move above us.

We’ll try to arrange a friendly to keep the players sharp for the Women’s FA Cup game at Plymouth.