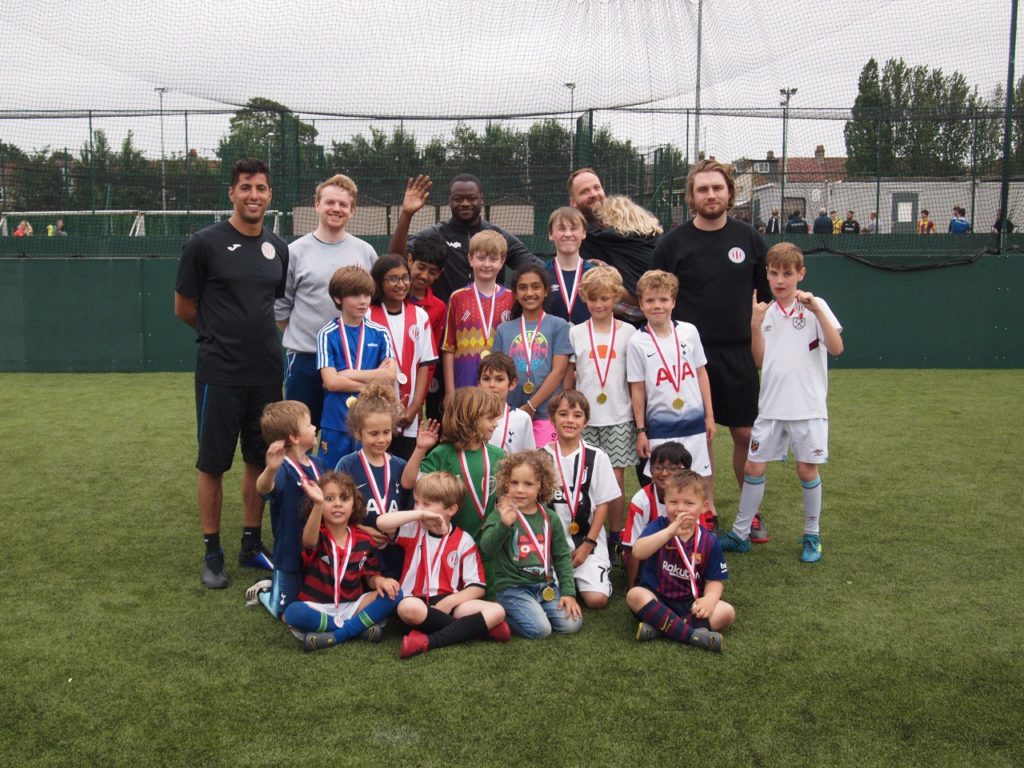 Our open training sessions for anyone 16 or under who wants to kick a ball is returning weekly from August 21 after a short summer break.

Since starting up in April, every Wednesday at 6pm on the 3G at Wadham Lodge, Walthamstow, we have seen a steady increase in turnout.

It’s fun and inclusive and operates on a pay what you can afford policy. 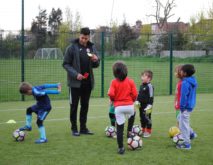 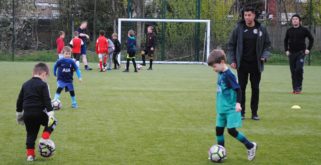 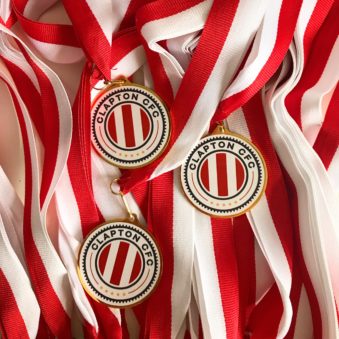 Dozens of young players have taken part so far and at our last session of 2018/9, men’s first team player-manager Geoff Ocran handed out medals.

Training is provided by CCFC’s men’s first team coach, Yacine Rabia, who has his UEFA B licence and works with the West Ham United Foundation among others.

He has been joined by two CCFC members, Jack Mellors and George Alley, both qualified coaches.

There have also been guest appearances from some of the men’s first team players, including Eliot Crosbie and Phil Blakesley and also goalkeeping coach Tolga Ulasan.

The eventual aim is to get a youth set-up in place, but for now we’re just taking things slowly and having some fun.

Call out for players

New players can just come along, but ideally please register interest beforehand at youngtons@claptoncfc.co.uk so we know numbers.

Please provide the name and age of anyone who wants to join in and we’ll be in touch.

Call out for coaches

Our long-term aim is to grow the size and number of our sessions – and build teams. We are looking for more coaches and volunteers that want to be a part of this.

Whether you just want to help out or you aspire to do your badges and see yourself potentially coaching a youth team in the future, get in touch on youngtons@claptoncfc.co.uk.

We are exploring the possibility of these Young Tons sessions helping our members and our players gain their coaching badges.

What parents have said

“It’s a friendly and less competitive atmosphere and I think the coaches are great with the kids.”

“it’s been really good for my daughter’s confidence and the coaches are really encouraging and supportive.”

Tons legend Jerry Jairette has brought his sons and they loved it too.

‘Go have a team talk’ this is what they did. Another great session from @ClaptonCFC both my boys looking forward to next week. Thanks pic.twitter.com/1DPOuw4BAT